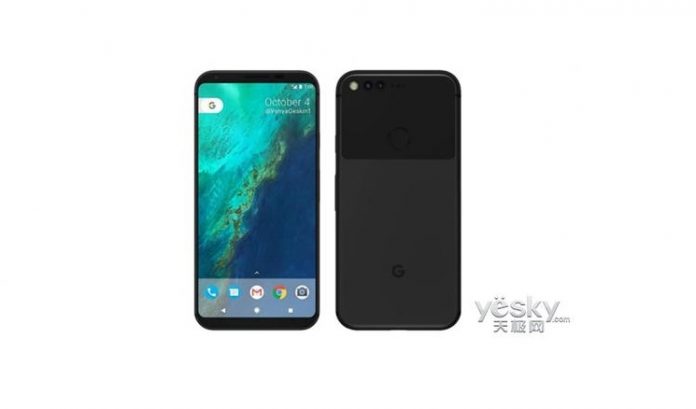 In a few months, Google will unveil its next-gen Pixel device(s) and naturally, we can’t wait to see how the search giant’s new phones will look like.

Well, today we get to glimpse into the future. A leaked picture allegedly showing the Pixel 2 made an appearance today via the Chinese website Sina.

We’ve been treated to a (small) image which suggests the Pixel 2 will come to an edge-to-edge display quite similar to the Samsung Galaxy S8. What’s more, it seems that Google will be implementing a dual-camera setup on the back of the phone, said to consist of two 16-megapixel sensors. An 8-megapixel secondary snapper will be sitting up in front.

The leak also states the phone will launch with a Snapdragon 836 processor, which will allegedly be the second top-tier chipset Qualcomm will launch in 2017. The existence of the chip has yet to be confirmed, although it’s quite possible recent leaks are true and the American semiconductor manufacturer will soon launch a revision of the Snapdragon 835 SoC. Just like it introduced the Snapdragon 821 after the Snapdragon 820 last year.

Another picture is attached in the Sina leak and as far as we could understand with the help of Google translate, it also depicts the Pixel 2. Although the two images are pretty different. The second one does not have thin bezels on top or bottom.

Anyway, Pixel fans have been asking for an improved design this year, so it wouldn’t be a big surprise if the Pixel 2 launched with an edge-to-edge display à la Galaxy S8. The Pixel 2 could also bring front-facing speakers and a waterproof/water-resistant body.