Having fast internet for your home is one of the most important “necessities” nowadays. Being able to stream is all the craze, especially with devices like the Chromecast, Fire TV, Roku, etc. So trying to find which provider to get your internet from, is just as important, because you definitely don’t want to be stuck with shoddy internet. 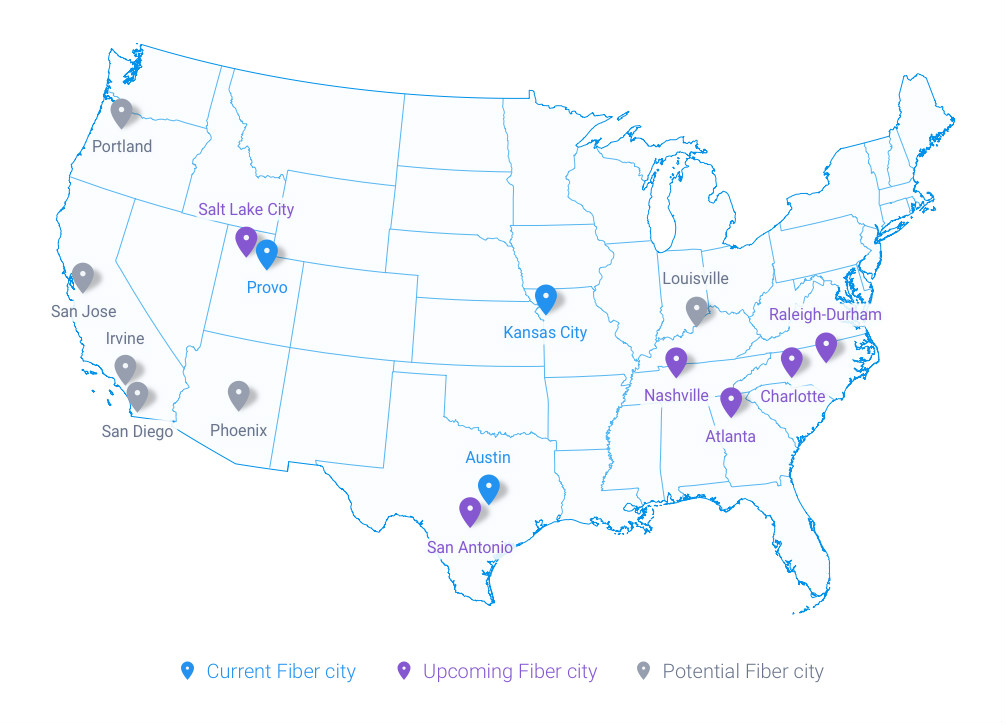 Yesterday, Google announced that they are exploring three new cities to add to the short list of those places where Fiber is available. Currently Fiber can be found in these cities:

These cities seem to have been chosen due to their “growing tech hubs with entrepreneurial cultures”. So it’s cool to see Google paying attention to those start-up locations, even though I’m sure plenty of people wish they could just start rolling out Fiber everywhere already.

Google seems to be trying to expand Fiber at a faster pace now that they have seemingly gotten all of the kinks worked out, so hopefully it will only be a matter of time before it’s in your city.