Hours before the start of Google’s I/O opening keynote, the company has taken the time to announce the Google Play Awards 2018.

These are top Android apps and games as selected by teams of Googlers. Nominees for the Play Awards 2018 were announced late last month. Apps are scored based on quality, design and technical performance and more. Furthermore, these apps either launched or received a major update since April 2017.

The nine categories and their respective winners are the following:

The Google Play Awards are a great way for app and game developers to make a name for themselves. But also for users to discover new stuff.

Some names in the list like Khan Academy and Flipkart are probably familiar to the majority, but games like Old Man’s Journey or Empires & Puzzles are not so widely known.

Google I/O, the company’s annual developer conference, is set to kick off today at the Shoreline Amphitheatre in Mountain View, California. Things start with a keynote from CEO Sundar Pichai, followed by talks from other executives.

We expect Google to make tons of announcements including giving us a glimpse of the features coming to Android P. We’re also probably going to hear news about the Google Assistant, AI and the company’s plan to revamp Android messaging.

How to change your Google Assistant voice 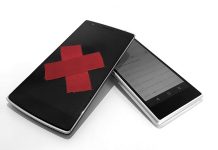 Qualcomm is working on new chipsets for Wear OS smartwatches