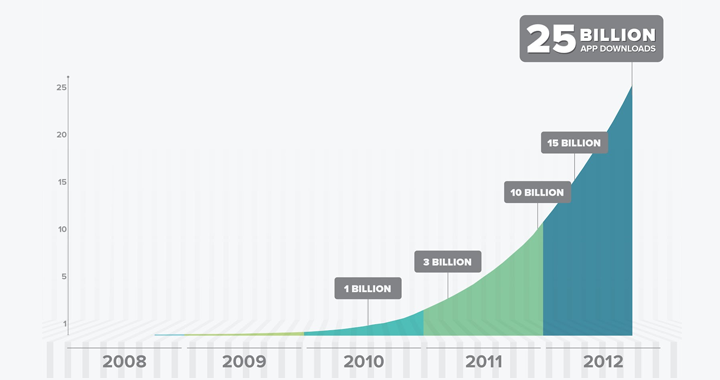 The Google Play Store has now seen 25 billion (with a ‘B’) installs of its Android-based apps and games, according to the official Android blog.  And it’s not just a simple milestone reached at the same, steady rate.  No, the Play Store is building momentum and growing at a ridiculous rate, going from 10 billion to 25 billion in less than one year’s time. Considering there’s now 675,000 recognized apps in the Google Play Store, it only makes sense that the number grows faster with time.

To celebrate the momentous occasion, Google is offering a bunch of content for only 25¢ each!

We’ll also be offering some special collections like 25 movies you must own, 25 banned books, 25 albums that changed the world and our 25 top selling magazines, all at special prices.

Anyone want to guess when we’ll cross the 50 billion mark?