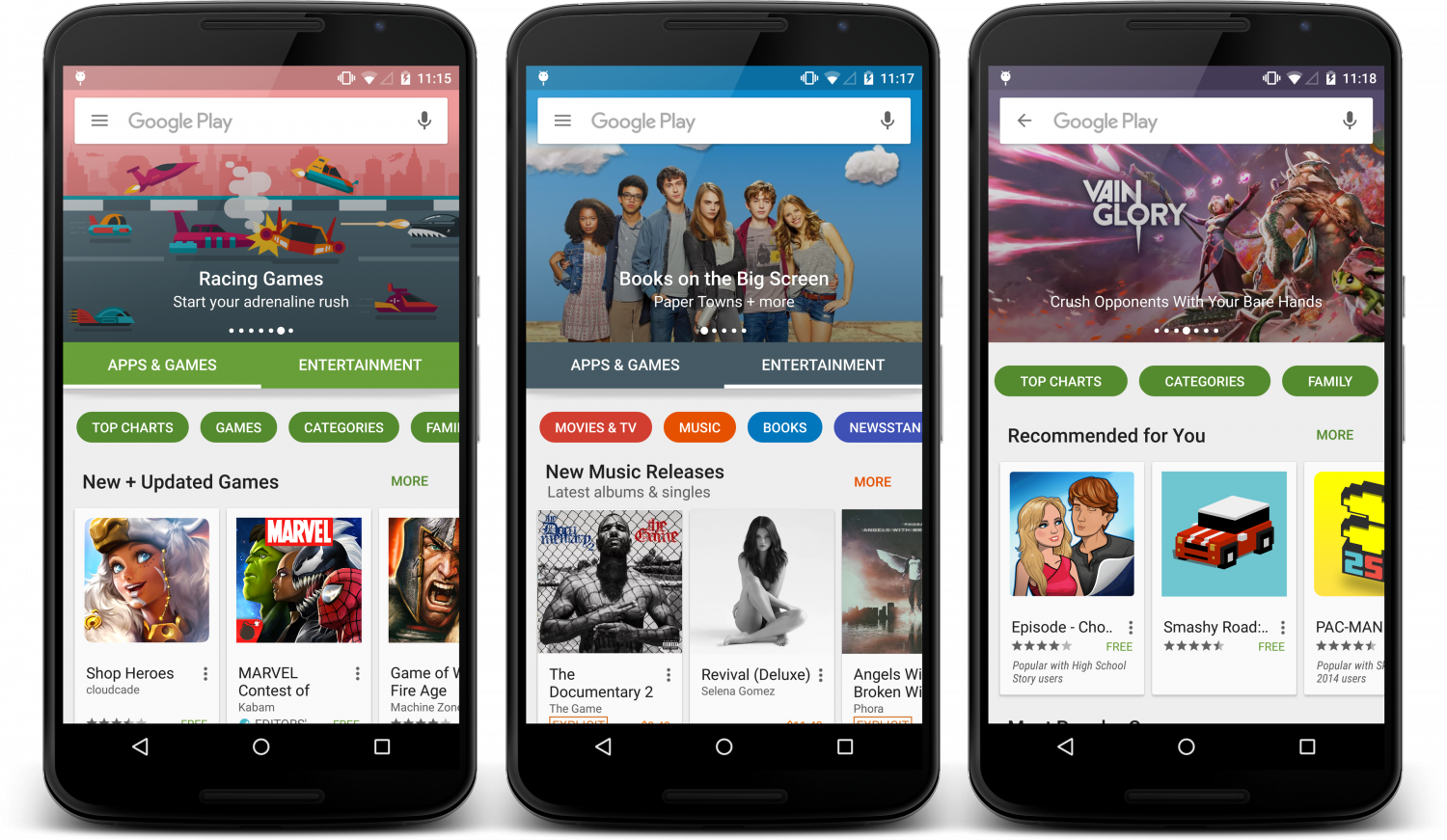 Google Play is about to get a brand new look, if some new screenshots are anything to go by. Google’s pixelpusher Kirill Grouchnikov has posted screenshots of the redesigned storefront on his Google+ page, teasing some big changes coming to the marketplace.

The first of the screenshots posted by Kirill show what appears to be an intro screen for new users, broken down to two different sections: “Apps & Games”, which is rather self-explanatory and “Entertainment”, grouping together Google Play’s media offerings.

Each section will feature subcategories on the front page. The Apps & Games section will have Top Charts, Games, Categories, Family and the like, while Entertainment splits the subcategories into Movies & TV, Music, Books and Newsstand (depending on the user’s location).

Kirill has also shown off some new fancy animations, demonstrating how the transition between the two sections will look like. Support for right-t0-left writing scripts will also be included in the update.

Google Play has come a long way from its beginnings as Android Market. What do you think of this latest look? Have your say in the comments below!