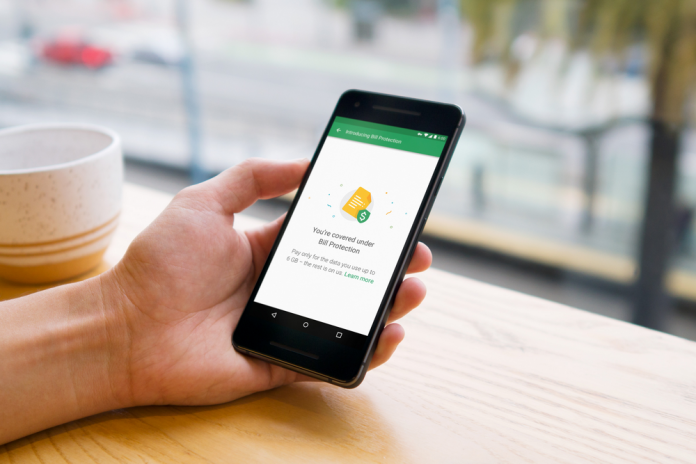 Google on Wednesday announced that it has shaken up its Google Fi rate plans. Dubbed “Bill Protection”, it gives heavy data users a break on their monthly bills.

Previously, Google Fi would charge customers a flat $20 per month for unlimited talk and messaging. Data, for its part, is billed at $10 per gigabyte (GB) whether you used all of it or not. 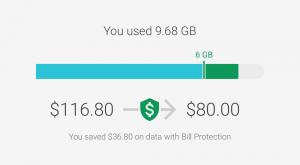 One of the most appealing features is that if you did not go through your data, you will be refunded the same pro-rated amount. For instance, use 2.7GB of data and your bill would be $47.00.

Conversely, if you go over your expected data amount, you’re still billed the $10/GB rate. So, even if you were set up for a 3GB plan and ended up hitting 4.3GB, you’d pay $63.00 and stay on your current setup.

Today’s announcement is geared toward users who routinely use or need at least 6GB of data each month. Rather than billing at $10/GB, the Bill Protection option keeps you locked in at $80. That’s $20 for the calls and messaging and $60 for all the data you can use.

Google Fi users under the Bill Protection plan can consume all of the data they want and will still be billed the pro-rated $10/GB amount. For instance, in a month where they may only use 1.7GB, the bill would be $37.00. 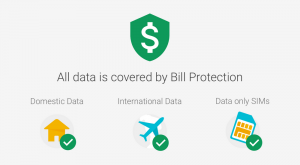 On the high end of the spectrum Google says it may slow data speeds if one were to hit 15GB of data in a month. As of today, though, that only affects around one percent (1%) of its user base. If you’re among those heavy users and don’t like slowed speeds, you can opt out of the Bill Protection and go back to the standard plan.

Bill Protection is rolling out immediately to individual subscribers and group plans. Current Fi subscribers will see it appear on the next billing cycle.