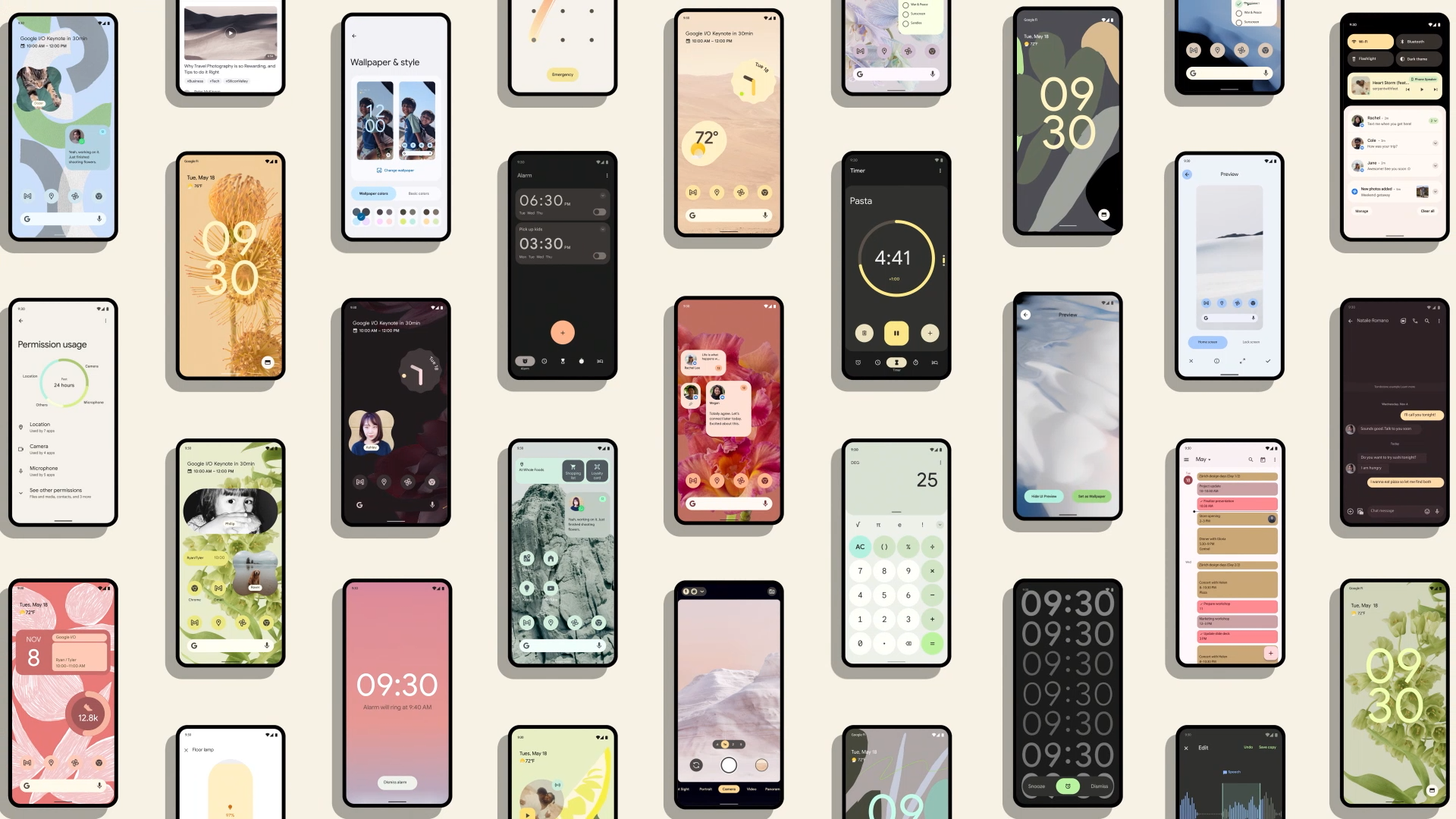 Google on Tuesday offered up its first official glimpse at how Android 12 will look as well as some of its core features. Whereas the last few versions of Android were mostly behind-the-scenes updates with minor noticeable details, the forthcoming release provides the biggest consumer-facing changes since in years.

The most obvious update is the “Material You” design language which is an evolved approach to the Material Design that was ushered in back in 2014. If Material Design was based largely around shades of Google’s blue color palette, Material You is based on the user and can be tailored around any color.

But it’s not just about colors, as Material You features a suite of customization features, line widths, animations, and more. In fact, it can take colors from a photo or wallpaper image to create a balanced and personalized appearance.

Material You is expected to launch on Google Pixel phones later this year; it will also come to all Google apps in time.

The notification shade and Quick Settings also see a pretty significant change with more intuitive notifications, cleaner indicators, and new shortcuts. Users will have Quick Settings for Google Pay, Google Home controls, and more. Among other things, a long press of the power button can trigger Google Assistant, make a phone call, or open apps.

The lock screen is also more dynamic and generally playful with animations, the clock, and notifications changing based on interaction and settings. Last, and certainly not least, Android 12 brings about a number of new widgets for the home screen.

In addition to the UI experience, Google also revealed several new security and privacy features for platforms, including Android. A new Locked Folder protects selected photos and videos by adding another layer of security. Set to launch with Pixel phones, it allows for a passcode-protected space where the media can reside without showing up in Google Photos or other apps and devices.

Google Search sees an update which gives users a new option that can immediately delete the last 15 minutes of search activity. Also, Google Password Manager adds a new option to import passwords from other password managers as well as more proactive and helpful ways of managing passwords.

The Privacy Dashboard provides simplified insight and control of app permissions and settings as well as what data is being accessed. This includes how often your permissions and features are being used by which apps. Should one want to take action, it lets users revoke permissions directly from the dashboard.

As we see with every version of Android, Google promises performance improvements under the hood which make the entire operating system faster. A beta version of Android 12 is immediately available for phones from nearly one dozen manufacturers.