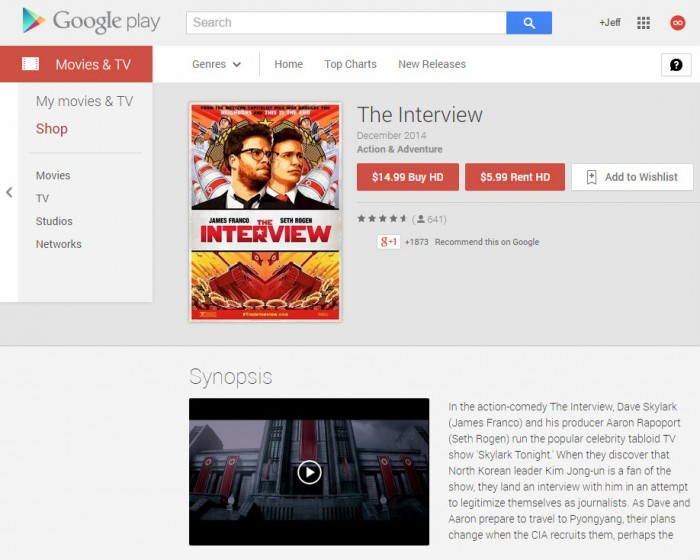 In a move that may or may not begin a future trend, Sony and Google are making The Interview available for download in the Play Store one day before it releases in theaters. Microsoft’s X-box video users are not forgotten either. The movie that made headlines in the last couple of weeks when there was a hack involved, was pulled from theaters only to released back but to certain theaters.

Sony first approached the search giant, but Google was hesitant at first. Google later came back and agreed to streaming the movie. This will be the first time ever a movie is made available to the public streaming and in the theaters. Renting the movie is $5.99 and purchasing the movie is $14.99. Considering what many theaters charge per ticket and factor in movie food extras as well, you have yourself a deal. So for those of you that received Google Play gift cards and some extra cash, this is one movie that shouldn’t be passed up.

6 Interesting things you can do with your smartphone (Promoted)