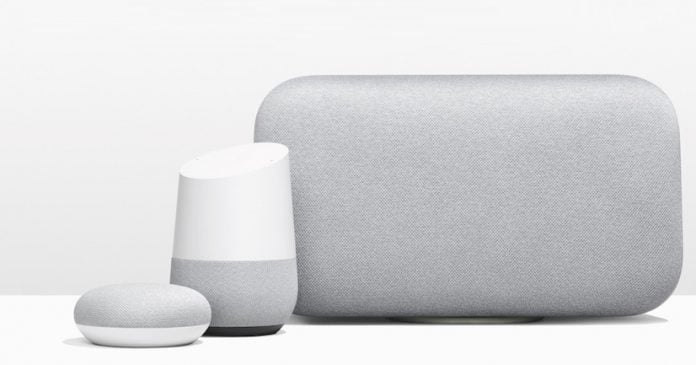 Google may finally be fixing one of my biggest gripes with Chromecast and the new Smart Displays. Today the company introduce Stream Transfers. This new feature is something many of us with multiple Cast-enabled devices have been asking for since release.

Stream Transfer will allow you to move audio, video, and podcasts playback from one device to another in your Home setup. For instance, let’s say you are watching a video on your TV, but you want to move to the kitchen to start dinner where you have a Nest Home display? You can simple say “OK, Google. Move video to Kitchen Display” and the Stream Transfer will move the media to the appropriate output.

The reverse is also true if you want to move from the smaller screen to the living room TV. Google says audio will work in the exact same way as well. Now you can not only play your favorite tunes to different Cast devices/groups, you can now have the audio start in one and seamlessly move it to another room or group via voice or app.

Of course all your major Google apps should work without a hitch after the update hits your Cast and Smart Displays today. However, Google says major partners like Spotify and Pandora are already compatible. One has to wonder why any app already supporting Cast won’t work, but we’ve seen the track record with apps like Netflix be suspect in the past.

Either way, this will be a new set of features for our full home media playback we’ll be testing out over the next few weeks. As a guy with 7 different Google devices capable of Casting, I’ll personally be shouting to move my audio from room to room on a regular basis as I knock out household chores.