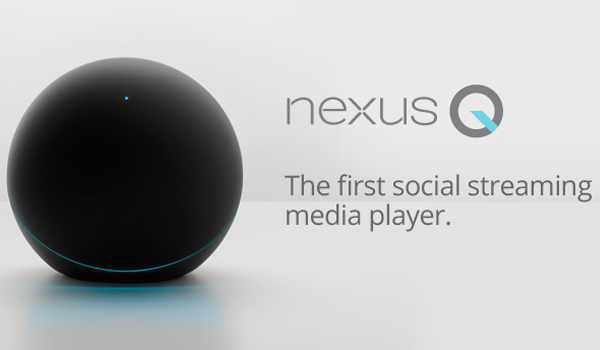 Google’s off to the races today with announcements across a multitude of platforms, some of them expected, some not so much. Falling into the latter category, Google has announced a surprising new member to its Nexus line: the Nexus Q, a home media centerpiece designed to integrate with Google’s cloud media products. The device has a simple but elegant orb design, with no visible controls whatsoever. Instead the device works off of a symbiotic relationship between it and Google phones and tablets, wherein it plays whatever is directed to it from connected devices. In a party or get-together setting, multiple phones can add music and video to a shared community jukebox playing on the Q, which can be connected via HDMI to an existing stereo or to two proprietary speakers that are available seperately. The Nexus Q is available for preorder for $299.99 along with the optional speakers on Google Play now.

It’s something that really needs to be seen to appreciate, so check out the video below to see the device in action and chime in in the comments to let us know what you think!