Google thinks that mobile users might be willing to fork over $5 per month for what amounts to virtually unlimited gaming and premium apps.

A recent report from Android Police confirms that Google is testing a Play Pass service which figures to offer a “curated catalog” of apps and games spanning a variety of categories.

It appears that under this service users will be able to unlock hundreds of premium games and apps as well as their features, removing advertisement in the process.

While this isn’t the same as blanket access to a truly unlimited library, it’s far more than the average person might use regularly.

Rumors of a seemingly “all you can eat” plan have been kicking around for the better part of a year now; Apple is also reading its own Apple Arcade subscription plan set to launch this year. 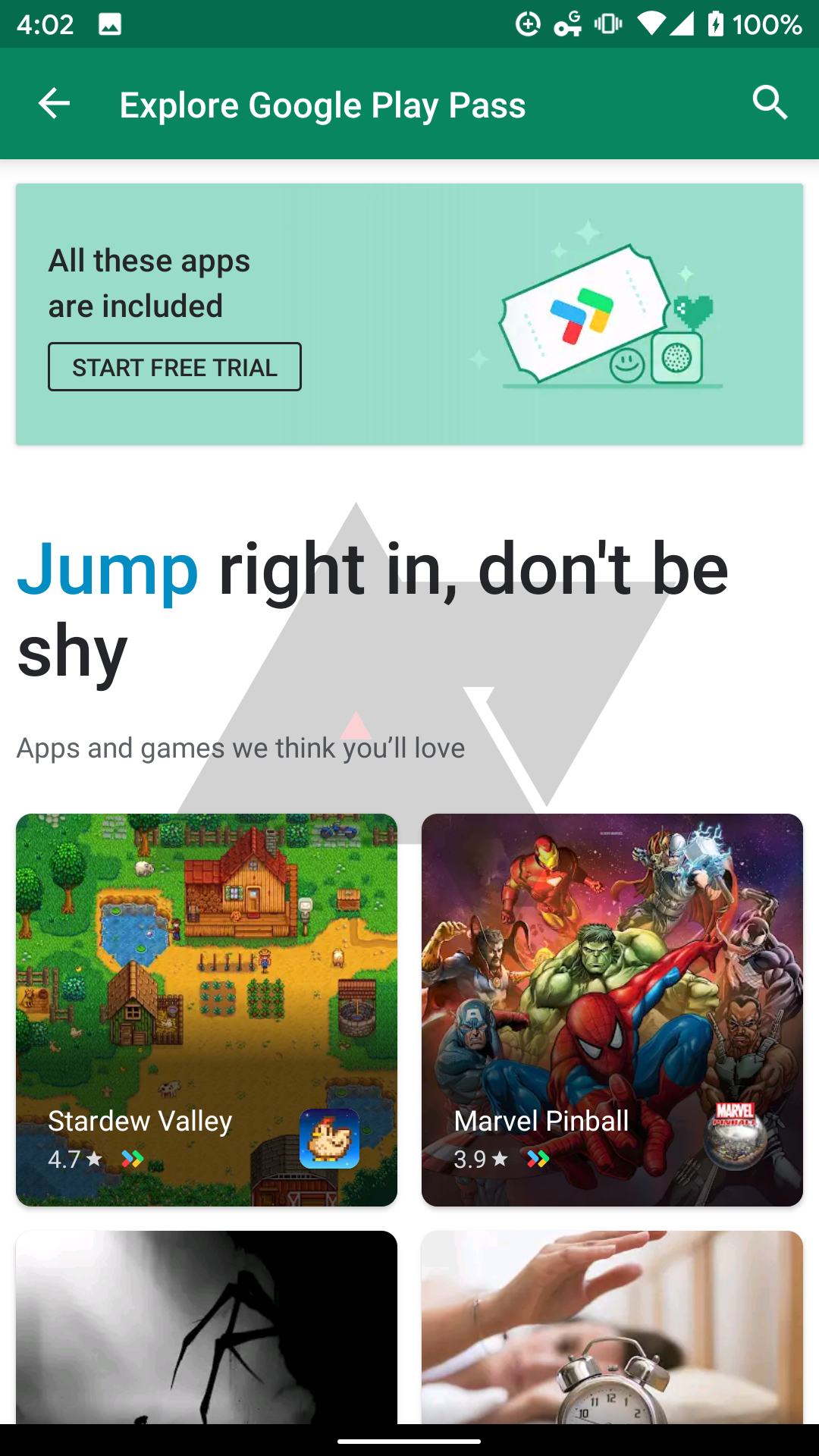 It’s not immediately clear how much content might be available in games and apps, but we are content with starting at “no ads”. Adding in extra features, levels, and other items would be great, however we can’t imagine it’s a full-on unlocking of content.

Given that some of the games listed under the Play Pass currently cost more than $5 each, it figures to be a great bargain.

In looking at the screen shot we see that Google may offer a free trial of the service to users. Perhaps a good 14-day or 30-day taste test might be enough to convince people to sign up.

Nevertheless, we’re one step closer to a $5 monthly subscription plan that gives users and gamers a chance to skip out on ads and unlock additional features. It’s also possible that the price changes or Google provides a family plan option when it fully debuts.

For a full look at some screen shots obtained by Android Police, head to its website.