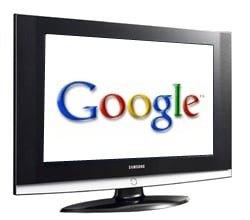 Google is reportedly teaming up with Sony and Intel to create a set top box based on the Android OS to bring home viewers rich web content via Android right on their TV screen.

Set top boxes are nothing new to media savvy homes, and are increasing in popularity–so to see Google branching into this realm does not surprise me. What does, however, is the fact that they are working with Sony, who arguably has a moderately successful media player out already, called the PS3. Whatever the motivation for Sony to work with Google, it is an exciting development both for the Android platform, and for media enthusiasts who have gone to an a la carte method of consuming their media.

There are no specs for the unit as of yet, but it is said to be powered by Intel’s Atom chip. Google is rumored to be hoping that app developers will take to developing for Google TV like they have for Android handsets. They want to deliver web content through lightweight apps similar to what is already deployed for the Android Mobile OS.

If Google can really pull this together and put it out there with a quality front end and at a reasonable price, this may be something worth looking at. As an HTPC user myself, my family uses Boxee as its front end. While it is in Beta stage and has some bugs, it has been one of the best experiences we have had with online media.  I mention this because Boxee has deployed several “apps” on their system, allowing you to reach different web sites and content with one click of a button. Google would be wise to check out what the plan Boxee uses to make their system work, and see if they can implement their front end the same way.

There is no one set top box out there that has yet dominated the market, perhaps the Google TV will finally be the one Box to rule them all.