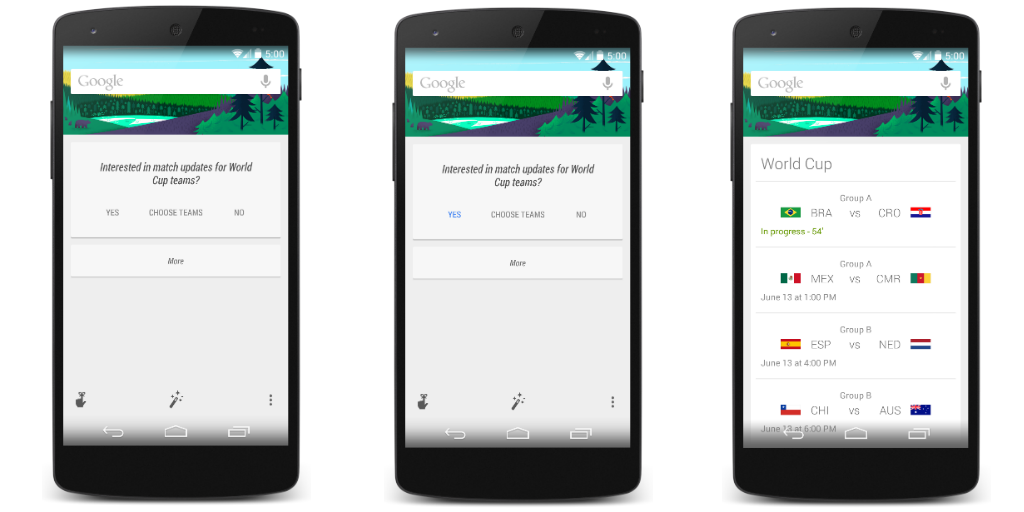 Get out your tinfoil hat, kids. The latest round of chatter says that Google will debut Android 5.0 at Google I/O this month. Why, you ask? Because a tweet from Google’s official account yesterday says so.

If you happened to catch the tweet on June 11 about getting ready for The World Cup then you might have overlooked the clue that allegedly smacks us in the face. See the time on the clock up there in the top right? It’s 5:00… 5.0…Android 5.0 confirmed. Well, not really.

Would we like to see Android 5.0 announced? Sure… maybe? It depends on what’s in it, really. We’re totally content with the KitKat stuff we’ve been using the last few months and don’t feel like there’s anything missing from the experience.

It is worth pointing out, however, that there is actual consideration that goes into these press render images. After all, the clock does have to have some time on it, right? Check out some of the previously released images from Google that show times that kinda sorta do match up with a version of Android.