Google’s Chromecast Preview Program has been officially announced and is now available. This new program is similar to Google’s Android Beta program and will allow users to test unreleased software and features. While this news may not shock many since Android Police reported about the possibility of the program back in May, it is still exciting to see the program live and in the hands of consumers. 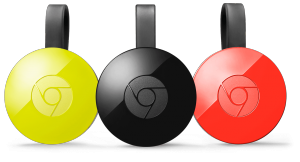 For the adventurous few wanting to try new features and who are not afraid of software bugs, enrolling in the program is simple. You will find the Preview Program tab under the Device Settings menu. Once you are successfully enrolled, you will receive an email from Google confirming your registration and filling you in on the details of the program.

This program will not be for everyone. Bugs found in betas and early releases can often be a nuisance. In rare cases, these bugs can even inhibit the daily functionality of the device. Googles attempt to thoroughly test its software with beta programs like the Chromecast Preview Programs is great for consumers. Bugs found and reported by users in the program will often be corrected for the mainstream release thus improving the experience for everyone else. If you are eager to get started using new features, enroll today, and you receive a notification when new firmware rolls out.