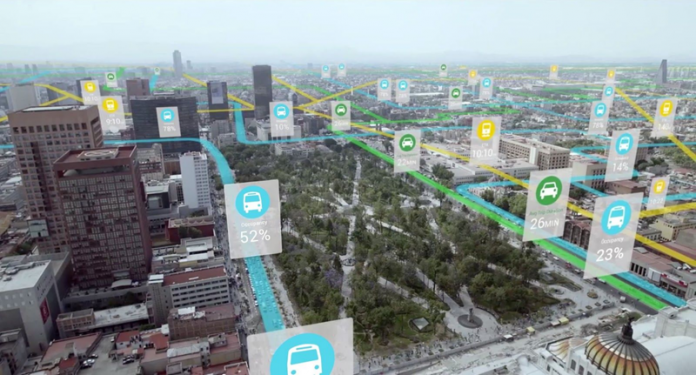 If you missed the news last week that Google acquired Urban Engine, you wouldn’t be the only one. It was a low-key purchase that didn’t make a ton of headlines because Urban Engine isn’t the most high-profile company in the world. But, what the company does lines up so well with Google Maps that an acquisition makes a ton of sense.

Urbane Engine is a mapping company of sorts. It uses the real-time data provided by cell phone sensors to provide actionable insights. Combining space and time data, Urbane Engine can design a new a new route for you based on the data from others so you can avoid that traffic jam or accident slowing down traffic. Urbane Engine likes to say it is making navigating the real world as easy as the digital one.

Urban Engines improves urban mobility — making it easier to get where you’re going — by using information from the billions of trips that people and vehicles make each day. Our mapping, visualization, analytics, and optimization platform creates actionable insights — for companies, cities, and commuters — from the increasing amounts of movement data generated by the Internet of Moving Things.

The algorithm that Urban Engine has built uses these “pulses” in a way few other companies are. It combines the time-stamped data from phones and what it thinks these situations look like on real roads to send route optimizations. Accident on the highway you normally take in the morning? Urban Engine takes the data of those sitting in that accident and routes you around it. Pretty smart stuff.

While this purchase isn’t as publicized as Waze, it could have just as big of an impact on Google Maps. Waze has continued on as its own app while some key features have been rolled into Google Maps, but it remains to be seen if Urban Engine will follow the path of Waze or will fully integrate with Google Maps.

What Urban Engine will do is improve Google’s ability to update and reroute those using its turn-by-turn navigation. If you rely on Google Maps, you may have been in the same situation I was in this past week- in a different city while relying on Google Maps and Android Auto to get around. When I was sitting in a traffic jam for about 15 minutes I got a little alert on my phone from Google letting me know there was a traffic jam on my route I should avoid. Too bad they were so late with it because I had no time to adjust, nor did the alert give me any alternate routes. With Urban Engine’s integration, I can hopefully avoid that situation in the future.

Google has been in the mapping game for a long, long time and is one of the biggest names in the game. You can find Google Maps on 99% of the smartphones in America, either bundled with Android or through a download in the Apple App Store and Google knows we’re constantly on the move. This is why the search giant is betting big on mapping data to be part of the success of its virtual assistant going forward.

Google Now is currently pretty decent at providing you the information you need at the time you need it. Just yesterday I walked into Best Buy to purchase a new Chromecast and it popped up all of the relevant Best Buy info (rewards info, etc.) in a Google Now as soon as I set foot in the store. With acquisitions like Urban Engine, these efforts are only going to get stronger and more accurate.