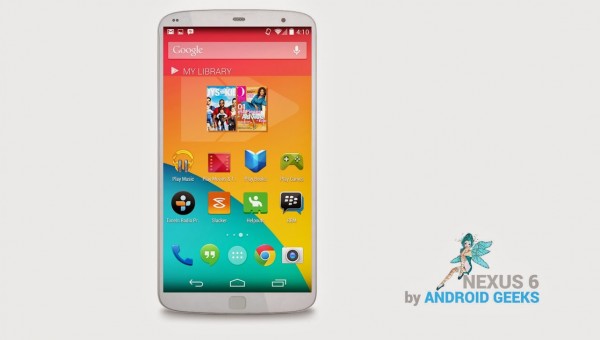 The LG G3 may not be released just yet, but it seems that the upcoming flagship device by LG may be forming the basis for the next Nexus 6 by Google if recent reports are anything to go by.

Whilst the Nexus 6 is touted for the second half of 2014, not much else is known about the device, but it seems LG will continue their partnership with Google and the hardware will be based around the LG G3, with the addition of an integrated fingerprint sensor.

If true, the Nexus 6 could follow the design language of the LG G3 with the slimmer bezels, but is likely to only feature a 5.2-inch screen at 1440 x 2560 resolution, as opposed to the rumoured 5.5-inch of the LG G3, which would give sufficient room for a fingerprint sensor placed on the front of the device much like the Galaxy S5, without increasing the size of the device too much.

It’s also thought that the Snapdragon 805 SoC with a quad-core 2.7 GHz 450 CPU and Adreno 420 GPU will power the Nexus 6, as Qualcomm state their chips will be seen powering devices in the second half of 2014.

If all this is true, the Nexus 6 is shaping up to be one mighty device.