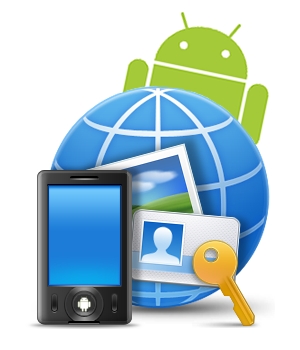 Last week, Google openly admitted to the world that it had failed in its online phone store experiment. I won’t lie… It takes real guts to tell the entire world you were wrong. But admitting failure is worthless, unless you learn from your experience, and implement a change for the better.

With Google I/O just a day away, it’s possible that our dear chum, Mr. Rubin, will share his insights on the website’s future. So, before we are graced with dulcet tones of his voice, I thought I’d chime in and give my two-cents on the matter and convey what, I feel, should be done with the Google Phone website.

1. Tackle fragmentation and give power users real control over their handsets:

One of the biggest gripes among Android users is the insane amount of time it takes to get an OS update from their carriers and/or phone manufacturers. With so many custom builds of Android, such as HTC’s Sense UI, and Motorola’s MotoBlur, it has become increasingly difficult for users to keep their phones up-to-date. This results in fragmentation, leading many users pining for apps and features that their OS version just can’t handle. It’s sad to see that two thirds of Android handsets are still running Android 1.5 or 1.6. With today’s ever expanding app marketplace, consistency among handsets is crucial. If there’s any upside to the iPhone’s closed off, single handset approach, it’s the fact that nearly all users have the same OS, allowing them all use the same applications.

As part of the new Google Phone site, I feel it imperative to give users a way to self-upgrade the OS on their devices. I realize the problem with Google just offering a stand-alone version of Android–not all devices run the same hardware. This would certainly cause problems with a one-size-fits-all approach. Yet, computers have the same issue, and despite this problem, people can still upgrade their PCs at will (assuming the hardware is powerful enough to handle it). What’s the secret? Drivers. Why not have handset manufacturers provide hardware specific drivers for each of their devices, just like PC manufacturers do with their computer hardware? Google’s Phone site would be the perfect place to house a catalog of drivers. After all, isn’t Android all about being open and giving users more control?

On that note (thought not directly related to the site)… Should this exact model not get adopted, it would still be beneficial for Google to convince phone manufacturers to give customers the option of which OS ships on their device. For example, when the EVO 4G hits the streets on June 4th, there could be two models–or better yet, two OS options for the end-user. One would be HTC’s custom Sense UI, along with all of their custom applications, and the other would be plain ol’ vanilla Android. This would likely result in minimal, if any, expenses for manufacturers, as all they’d have to do is refrain from slapping their custom UI and apps on top of the OS, yet still allow them to reach those customers who prefer stock Android. Not everyone wants a custom UI. Not everyone should have to use it. Such an option could also improve overall sales.

Side-note: All these videos you see online about “turning off Sense” show nothing more than a way to disable the look of it on your homescreen. Even with this trick, all the Sense applications (phone, contacts, browser, etc.)  are still present and impossible to remove without using a custom ROM.

Microsoft may not have the prettiest or best functioning smartphone OS on the market, but they sure do have the best phone backup solution. With My Phone, Microsoft constantly has your Windows Mobile phone wirelessly backing up its data to Redmond’s servers. True, Android stores your contacts and calendar events in your Gmail account, but that’s just a small fraction of what users really need. My Phone syncs contact, calendar appointments, text messages, browser favorites, photos, music, videos, and more.

In addition to that, Microsoft recently released something called the Kin Studio. To accompany their new line of “tween” aimed smartphones, Microsoft created a website where all of the phones data is stored and backed up. From any browser in the world, a user can log into their account and see a timeline of all past and current changes made to their phone. With Kin Studio, users can view their photos, watch their videos, and even go back in time to see past backups of your phone’s data. It’s truly an amazing solution (see the video below to understand what I’m talking about).

A phone should always be backed up–apps, photos, and all. Why Android doesn’t have this built in is beyond me. If my Android phone is lost, or broken, I should be able to buy a new phone, log into my Google account, and automatically see have it pull down every, single, solitary bit of data that my last phone had. I should also be able to roll back any accidental deletions or changes that I made on my device. I’m not asking for a lot here. Microsoft does it. I just think  Google could, and should, do it better. The Google Phone website would be the perfect place to house such a system.

Anyway… That’s what I think Google should do with their phone website. Simply having a site that only allows you to explore the available Android handset options is not enough. Google needs to crank up their game another notch. To offer a complete and unparalleled solution, Google’s Phone site needs to:

The above is by no means a complete list of suggestions. I don’t know what Google has planned for I/O, but I hope we see some signs of Google brewing, or at least mulling over some of the ideas I’ve expressed above. I guess we’ll know soon enough. Google–if you’re reading this, please don’t let us AndroidGuys down.