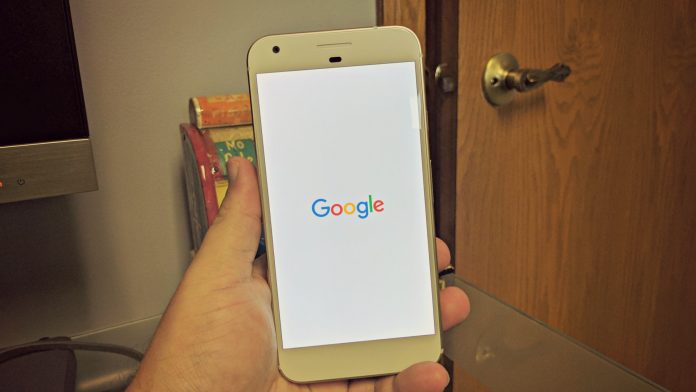 While everyone was busy feasting on Thanksgiving dinner, Google announced it was rolling out a new feature called “Smart Battery” which aims to provide Pixel users with more accurate battery estimates.

Previously battery estimates where generated based on basic assumptions. For example, if a Pixel owner was using 10% battery each hour over the past few hours, the algorithm simply assumed the trend will continue and provided its estimates based on that logic. 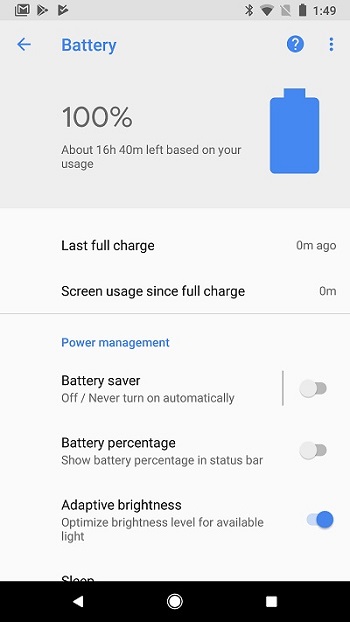 However, with “Smart Battery” Google has introduced a new on-device model that learns your personal habits in order to provide you with personalized battery estimates. So for example, if you normally spend your lunch break watching videos, Smart Battery will take notice of that and adjust its estimates accordingly.

To give the new feature a try, first go to Settings on your Pixel device, and under Battery, you should be able to see your personalized battery estimate. As you can see from the screenshots, the new feature will tell you how much battery you have left based on your habits in percentages and hours/minutes. What’s more, tapping the battery icon will reveal a graphic estimate. 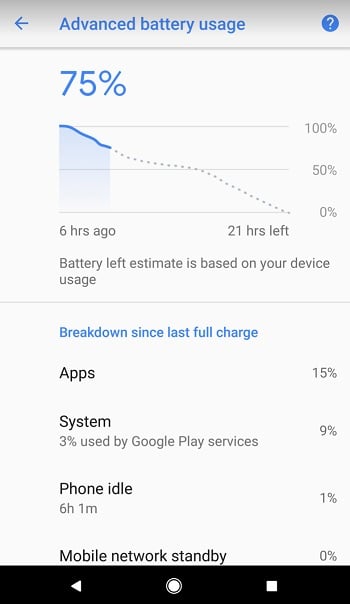 The Google Product Manager who made the announcement did not specify whether the new feature is headed to the Pixel 2 and Pixel 2 XL as well, but we have to assume it will. Let us know if you’re seeing Smart Battery on your Pixel in the comment section below.