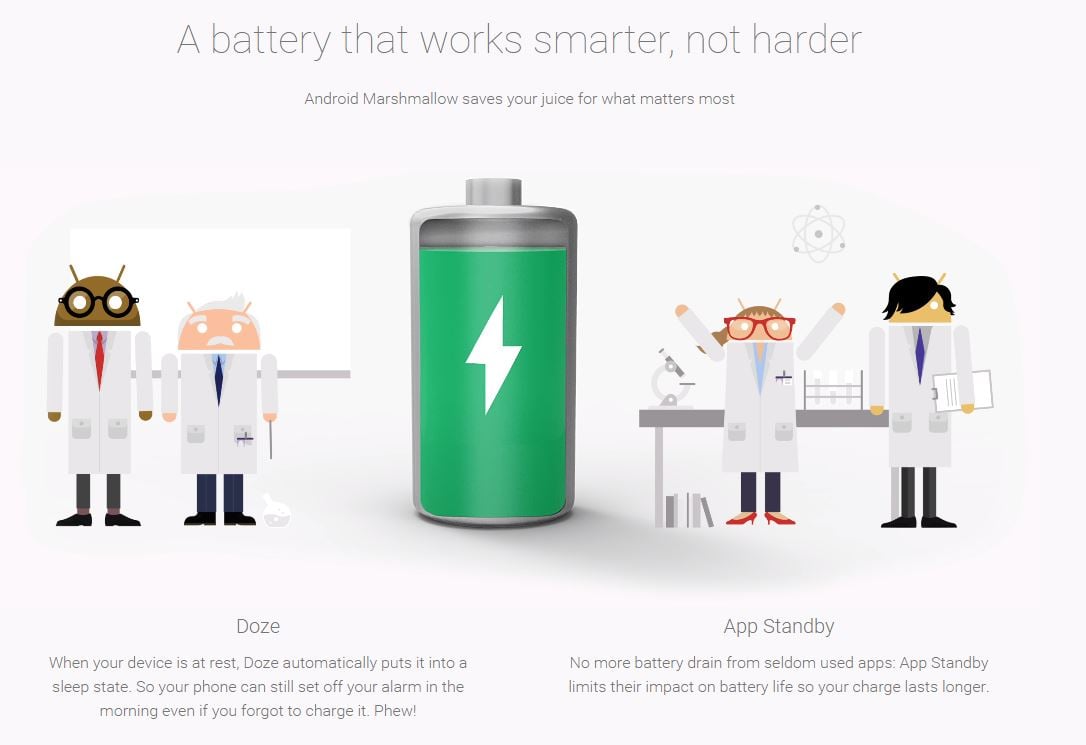 For most Android users, and all mobile users alike, long battery life is near the top of “must have” features. After many generations of Android, Google has finally improved battery life significantly using Doze and App Standby. When Google announced Android 6.0  in early October, they mentioned battery life was a major focus for areas of improvement. I must admit that I was a skeptic as I have been hearing that for years now.

Only until I got my hands on the Nexus 6P and Nexus 5X did I realize that Google actually delivered on its promise with improved battery life. Let me explain how they did it below.

What is Doze and how does it affect battery life?

The Merriam Webster dictionary defines the word doze as: 1a. to sleep lightly 1b. to fall into a light sleep – usually used with off 2. to be in a dull or stupefied condition. How Google implemented Doze into Android 6.0 followed that definition. Quoting its developer webpage,

“If a user leaves a device unplugged and stationary for a period of time, with the screen off, the device enters Doze mode. In Doze mode, the system attempts to conserve battery by restricting apps’ access to network and CPU-intensive services. It also prevents apps from accessing the network and defers their jobs, syncs, and standard alarms.

Periodically, the system exits Doze for a brief time to let apps complete their deferred activities. During this maintenance window, the system runs all pending syncs, jobs, and alarms, and lets apps access the network.”

Basically what this means is your device, running Android Marshmallow, will go into “Doze” mode, or essentially fall into a light sleep and shut down. It will turn off network access, defer jobs, syncs, and alarms which preserves battery life. Since Doze is just a “light sleep” it will wake up from time to time and will run through its checklist of things to do, like sync your email, check the time for your alarm and also let those battery draining apps access the network. Over time, as your phone learns more about your activities, it will schedule those maintenance windows less and less frequently leading to even better battery life.

As soon as you are ready to get back to using your phone, as soon as you pick it up, turn on the display or connect it to a charger, Android will exit Doze and return to its normal activity.

In essence your phone “dozes off” while you are away. After using the Nexus 6P and 5X for the past few days, with 100% certainty I can tell you Doze is a feature I cannot live without moving forward. I will no longer accept a device that loses excessive battery life if I forget to plug it in.

What is App Standby and how does it improve battery life?

App Standby  is the other main area Google focused on to improve battery life in Android Marshmallow. It basically does as the name implies, just like Doze, where it puts apps into standby once the system has determined the user is no longer using that app after a set amount of time, and none of the conditions below apply:

What this means is when you are actively using an app, turning it on, or have it running in the foreground, the system will leave the app alone and let it work. But when you aren’t using the app, that’s when the system takes over and prevents it from hogging useful power. This only applies to your device running Android M when it is not plugged into a charger. Once it is connected to a power supply the system releases apps from the standby state and lets the apply run freely.

Again, the two Nexus devices I have been using over the past two days more than proves Google has been backed up its word this go around and you can read my initial impressions on the Nexus 5X and Nexus 6P to confirm it.

In Google’s Android 6.0 Compatibility Definition Guide for developers, they are now requiring all developers adhere to these new rules. That is something we all need to appreciate, because battery life is something we need more and more as we become ever-so dependant on our mobile devices. Even though Android 6.0 looks very similar to Android 5.0, the battery performance upgrades are reason enough to upgrade to Android M if battery life is an important feature to you. The Nexus 6P rated for 440 hours on standby while the Nexus 5X is rated at 420 hours on standby which equates to 18 full days. Give us 22 more days and we might be able to outlast 40 days and 40 nights of constant rain!

Doze and App Standby are two incredibly well thought out power-saving features that will help us stay disconnected from a power source. Google realizes they have developed something great here and are making everyone else adhere to these rules whether they like it or not. 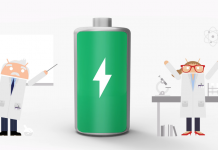 How to stop apps from dozing on Android