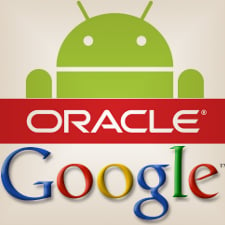 We knew it would not take long for Google to respond the lawsuit that Oracle has filed against them. An article from Informationweek.com gives a quote from the Google statement about the matter:

The article goes on to talk about some interesting comments made by one of the former Sun developers, and the creator of Java, James Gossling. Gossling says, “During the integration meetings between Sun and Oracle where we were being grilled about the patent situation between Sun and Google, we could see the Oracle lawyer’s eyes sparkle,” Gosling wrote in a blog post on Thursday.

These comments were confirmed by other employees from Sun that said the former CEO of the company had shopped them around with a big sign around the companies neck basically saying, “buy us and you can sue Google for big money”.

We had an idea that this of course would come down to the almighty dollar. With major companies employing whole legal teams to file patents then sue other companies for money based on those patents, this is looking like a golden opportunity for Oracle to make some money. While this practice is nothing new, it does not help Oracle with their public image, something that has been lacking anyhow. There is some speculation that Java itself is going to suffer, as coders and programmers will move away from the platform, waiting to see where it is going to end up.

Oracle is suing on the fact that Google used their tech and code without paying for it. When Android development started, Google decided to engineer it’s own Java engine called “Dalvik”, so that they would not have to pay the micro licensing fees. Oracle is chafed at this, and seems to want a piece of the Android pie anyways.

This is another sign that Android and Google have entered into a new realm in the Mobile industry, the realm of being top dog.  I am afraid we are going to see more and more of suits like this.  It will be interesting to see how both companies progress in the future with this issue.