Google’s self-driving cars have been in accidents before, in a total of 17 accidents. In each case, the car itself wasn’t at fault. The crashes were the result of human drivers. Until now.

“Now” being relative, as the accident happened earlier this month on February 14. On a day when mankind celebrated with their significant others, it was a dark day for machinekind. One of Google’s autonomous Lexus SUVs struck a public city bus in Mountain View, California. 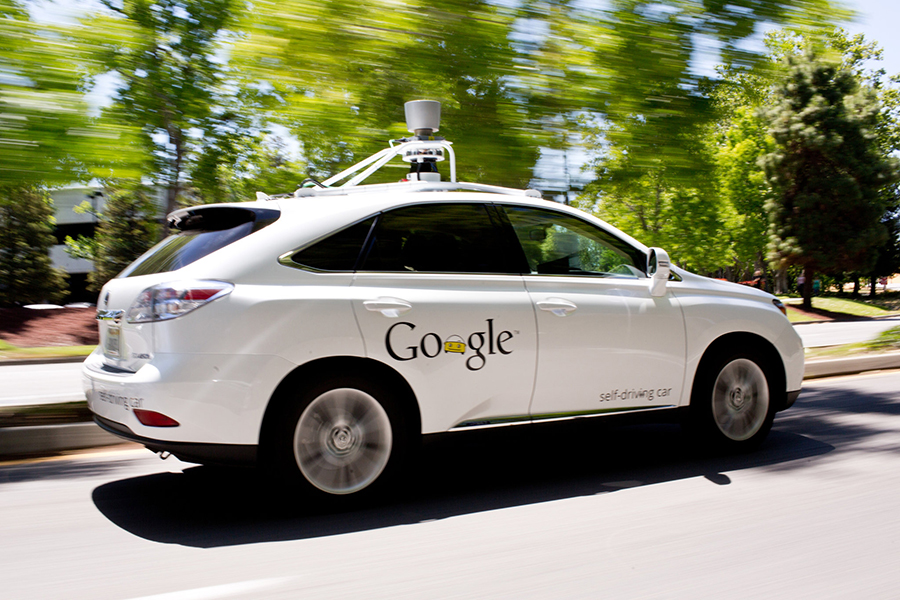 According to the police report, Google’s car was waiting to turn right at an intersection, until it encountered several sandbags on the road. When the light turned green, the SUV attempted to drive around them and hit a bus that was approaching from behind. The bus was traveling at 15 mph and the SUV was traveling at 2 mph. There were no injuries reported.

Although in previous incidents Google’s test drivers had switched to manual mode, in this instance the car was fully in autonomous mode.

As Re/Code reports, Google shared brief information from its February self-driving car report a day early, although it will be released in full tomorrow.

“Our test driver, who had been watching the bus in the mirror, also expected the bus to slow or stop. And we can imagine the bus driver assumed we were going to stay put. Unfortunately, all these assumptions led us to the same spot in the lane at the same time. This type of misunderstanding happens between human drivers on the road every day.

This is a classic example of the negotiation that’s a normal part of driving — we’re all trying to predict each other’s movements. In this case, we clearly bear some responsibility, because if our car hadn’t moved there wouldn’t have been a collision. That said, our test driver believed the bus was going to slow or stop to allow us to merge into the traffic, and that there would be sufficient space to do that.”