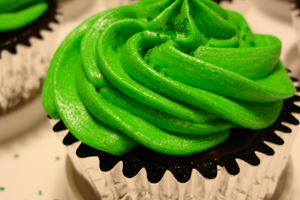 Tired of playing the Cupcake waiting game?Â  Take things into your own hands.Â  The XDA-Developers are always steps ahead of most folks and working on that next thing.Â  This time around, that “thing” happens to be the new Android builds.

Haykuro has ported the software from the soon-to-be-released HTC Magic to the T-Mobile G1.Â  Even better, he’s made it possible for you to bring it to your phone.Â  It’s not a straightaway, simple process but if you want it for your phone, it can be done.Â  As always, be forewarned that bricking is always possible when taking matters into your own hands.

Oh, and you need a rooted G1 for this to work.

There are two options for flashing your phone – a G version and an H version.Â  For more on the two builds, refer to this article.

UPDATE:Â  As of right now, it seems the Google build (G) is not allowing access to the Android Market.Â  The HTC (H) build works okay.Â  It could have something to do with the HTC Magic having not been released yet.Â  Somebody, somewhere might be making it difficult until T-Mobile or another carrier releases it here in the states.

Cupcake Spotted in the Wild