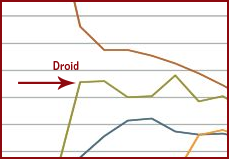 There’s nothing quite like a graph to help understand figures, estimates, and averages.  It’s one thing to read about Android’s growth and RIM’s decline, but it’s entirely different when you see it in graphical form.  Take a look at the picture below to see what Android is doing to BlackBerry over at Verizon.  The guys at All Things D are pointing at this chart to illustrate the how the  smart phone platforms performing for the nation’s largest carrier.

Look at what Android has done to the once mighty BlackBerry market share!  In case you couldn’t figure it out for yourself, we took the liberty of marking where the spot when Droid was released. It’s also pretty easy to discern where the LG Ally and Samsung Facinate were launched. 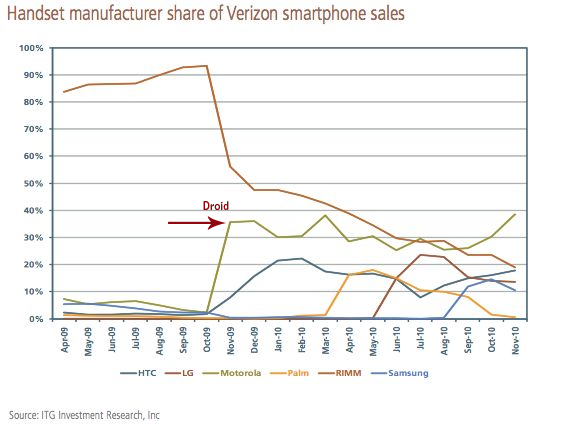