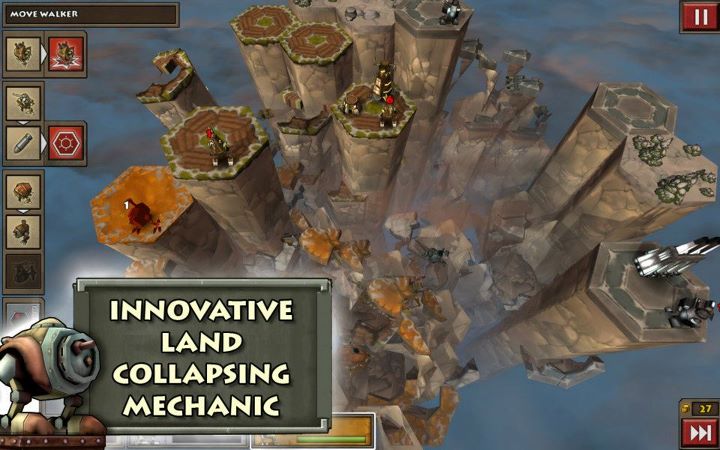 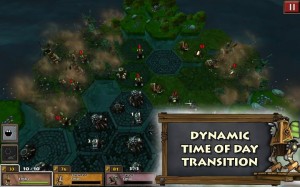 Greed Corp, a popular PC and console-based game, has made its way to Android, along with the iPad and Macs, courtesy of Invictus Games and Vanguard Games. The mobile version is packed with all the features of the PC/console version, along with cross-platform multiplayer gaming. This is sure to make a lot of people happy, as it expands gameplay to more users. Sadly, the game is only available for Android tablets, so you won’t be able to get your game on with a Sensation 4G or Galaxy Nexus.

Greed Corp HD also packs campaign modes, trophies, intense strategic battles, and 36 different maps to choose from. So, if you’re interested in some competition with your iOS friends (or enemies), you can download Greed Corp HD from the Market by using the box after the break. The full press release can also be found below.

So, who’s downloaded Greed Corp? Are you impressed? Leave a comment and let us know what you think!

Fans do not need to wait any longer: Invictus Games (http://www.invictus-games.com) is proud to announce the release of the console and PC Turn-Based Strategy hit Greed Corp HD on the iPad, Mac OS, Android tablets.

The launch of the Vanguard Games and Invictus Games collaboration is supported by the release of the official game trailer including awesome gameplay footage, too.

The mobile and MacOS versions of Greed Corp with cross-platform – MacOS, iOS and Android – multiplayer being available boasts the same features as the console and PC versions, offering:

• Earn Trophies and titles, and climb the online leaderboards playing as one of four factions in bite-sized matches of around 20 minutes.

• Campaign mode with 4 chapters spread over 24 unique maps including an extensive tutorial.

• Customize multi-player matches with any combination of local, online, and computer players (with three difficulty levels).

Vanguard Games is a developer of downloadable online games for premium gaming platforms situated in Amsterdam. Vanguard is a merger of two studios and was founded in March 2010; its mission is to create new types of online games by combining the best elements of online gaming with the hallmarks of high-end console gaming. . To learn more about Vanguard Games, please visit http://www.vanguardgames.net