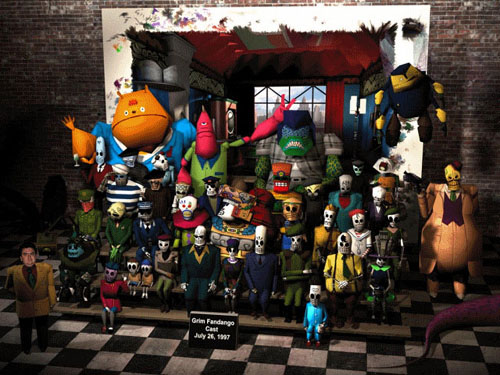 On May 5th, game development studio Double Fine announced the release of the remastered version of Grim Fandango on Google Play and the App Store. Here is the launch trailer for the iPad’s edition. It has been available on PC, Mac, Linux, and the PS4 as of earlier this year.

Double Fine describes the game as,

“An epic tale of crime and corruption in the land of the dead, Grim Fandango is a world of unforgettable characters with a theme that uniquely blends Mexican folklore and Film Noir. Lovingly remastered by the game’s original creators, Grim Fandango is playable again for the first time in over a decade, now with improved visuals, a re-recorded orchestral soundtrack, making of commentary, and new touch controls.”

The mobile variants of Grim Fandango Remastered are available for $14.99 USD. However, users can get it for $9.99 during its launch week. Additionally, the game has been discounted by 33% on Steam and PS Plus.