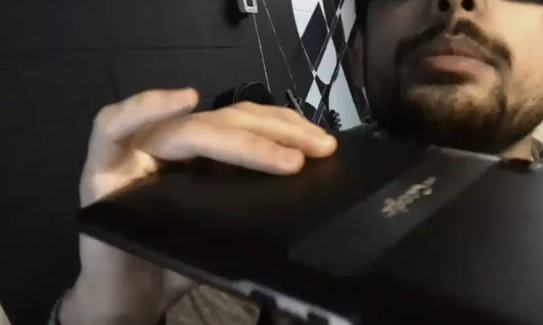 The upcoming T-Mobile G-Slate made a quick cameo in a YouTube video yesterday, showing its backside to the camera.  Used as part of a reference to devices that record in 3D, the G-Slate is only briefly shown.  When we say briefly, we mean that we get about five seconds of screen time before it’s put away.  As expected, the tablet looks to feature a 3D capable, dual-camera with LED flash.  While neither LG nor T-Mobile seems too chatty about the Honeycomb-based tablet, we’ll take every little tidbit we can gather.  Hit the break to watch the video.

Thanks to all who passed this along!