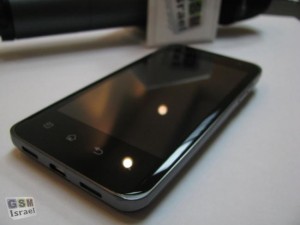 One of the hottest, most talked about Android handsets on the radar today is the LG Star.  The not-yet-announced LGP990 features a Tegra 2 processor, an 8 megapixel camera, and HDMI output among other things.  We’ve seen a handful of images  arrive lately but nothing teases folks better than moving pictures.  The lucky folks at GSM Israel were privileged enough to get their hands on a Star and only too kind to film it for us.  Hit the jump below to see seven minutes of their hands-on time with the hotly anticipated smart phone!

Although the Star is seen sporting Froyo (2.2) in pictures and video, we’re expecting to see it launch with Gingerbread when it debuts in 2011.  So who is ready to set aside a little cash for this one?