Initial Design at a Glance

The Blu Life Pure features a 5.0″ 1080p display, 1.5GHz quad-core processor, 13MP rear/5MP front-facing camera, 2GB RAM and more. This device is Blu’s flagship for the start of 2014 and runs Android 4.2 Jelly Bean. With no contracts to worry about, the Life Pure works with an unlocked GSM SIM slot.

At first glance it definitely resembles a squared off Nexus 5, with the thin profile, large display, and dual-speakers on the bottom. 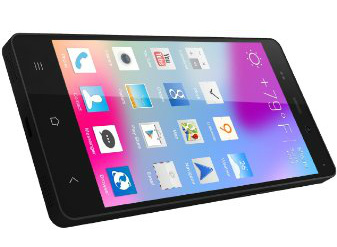 At 1080P and about 440ppi this phone has a beautiful 5″ display with great colors. The screen is very sharp with great resolution and brightness. The Life Pure has one of the best and sharpest displays that I’ve seen in a while.

The modified software can give this device a strange iOS/Android cross experience with the launcher and app drawer hybrid. The settings menu has been redesigned like no other and some other options will make you look twice. The software UI layer is different, yet cool, but can take time to get used to it.

The Life Pure has decent and loud call quality and I’ve received the same reception as my other carrier smartphones. The dual built-in speakers, featured on the bottom of the phone are a bit louder than most smartphone speakers. I particularly enjoyed this on phone calls.

This device will pick up 4G HSPA+, 3G, and Edge depending on your provider. While a lack of 4G LTE support is a down side, the HSPA+ runs as well as on another other handsets

For the sake of clarification, all connectivity were tested with T-Mobile USA. WiFi and Bluetooth drivers are just as strong as the cellular drivers, so there are no weak links as far as connectivity goes in my experience.

The hardware that powers the phone include a quad-core Mediatek MT6589T clocked at 1.5GHz. Not a Snapdragon 800 and its powers but it keeps the price point down. When testing with AnTuTu X, the processor made it right in between the Samsung Galaxy S2 and the LG Nexus 4 – not slow by any means.

My experience has been very snappy while browsing, playing full HD videos, etc. Do note however, that because of the 1080P display, the Mediatek processor and PowerVR SGX-544MP cannot handle graphic intensive games such as Modern Combat, Grand Theft Auto 4, Final Fantasy, etc. If you are an intense gamer stay away from this phone. Playing graphic intensive games will yield a frame rate as low as 6fps. If you handle basic tasks, watch HD YouTube videos, listen to music, stream Netflix, and play games such as Angry Birds, Minecraft, etc. you shouldn’t have any issues.

With a 2,000mAh non-removable battery and its software saving options, life has 5-9 hours. This does all, of course, depend on usage and type of data connection.

The Life Pure offers a 5MP front facing camera for sharper selfies and video chats. While 5MP may not seem so high-res, most current flagships buzz in at a few megapixels less. The front facing camera (like most these days) doesn’t do too well in poorly lit areas, so be sure to have a good handle on lighting.

Around back you’ll find a 13MP rear camera with a bright single LED flash that honestly takes pretty nice pictures.  Even when in lower light conditions without flash the colors are beautiful, yet not over saturated.

If you are in the market for an off contract flagship smartphone and are not an intense gamer, check this device out. At $325 it falls closely in line with some of the previous Nexus line, just be cognizant of what your needs might be. The price point is great and the experience works perfectly for the average to a bit more tech savvy consumer who doesn’t need high-speed LTE or intense gaming performance.