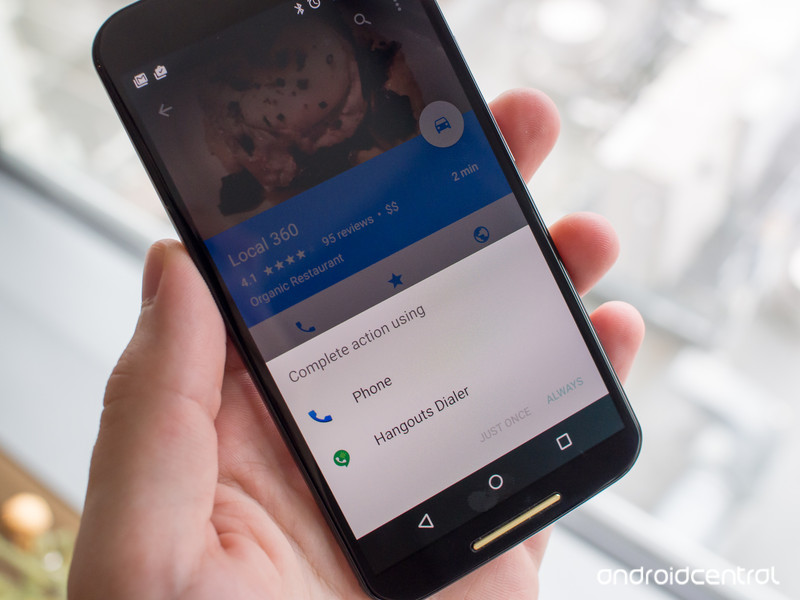 In a recent update to the Hangouts Dialer app, Google has fixed one of its biggest problems: the inability to make a phone call through another app, such as Google Maps or SMS. Instead, this always defaulted to the built-in phone app.

Now, when users make an attempt this action, they have the option via the familiar “Complete action using” dialogue to choose Hangouts Dialer and even set it as the default for future events.

In addition, the update also signifies the close end of the declining Google Voice app, whose functionality is now completely replicated by Hangouts Dialer and then some.