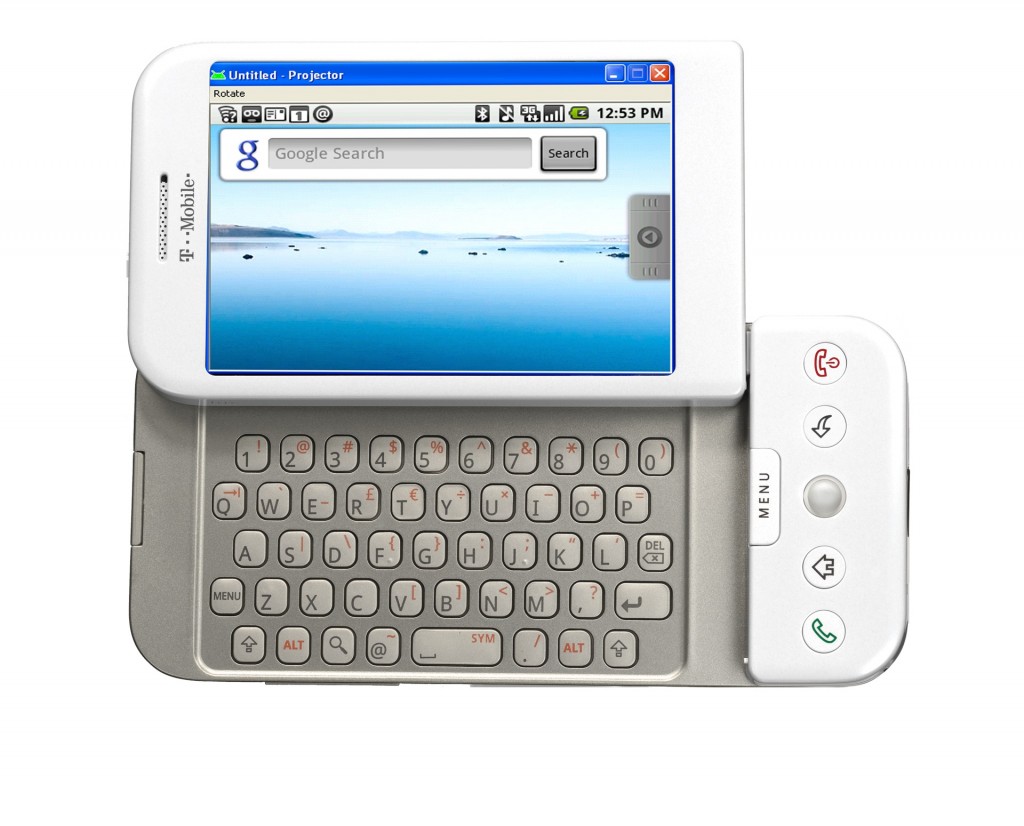 Today marks the three year anniversary of the T-Mobile G1 and the dawn of the Android era.  We felt like taking the opportunity to reflect on where things were at the time and what the state-of-the-art Android brought to the smartphone industry.

In terms of hardware, the G1 came with a 528 MHz Qualcomm MSM7201A ARM11 processor, 3.2-inch display, 256MB ROM, 192MB RAM. The handset was unique in that it featured a sliding QWERTY keyboard with an unorthodox snapping hinge mechanism in addition to a trackball. Right out of the box, Android offered users choice in the form of three input methods.  Then there was choice in the three color variations: white, black, and bronze.

Perhaps the one feature that stood out the most for the G1 was its chin.  The handset was unlike any other smartphone we had seen thus far and its form factor was never repeated.  Although other phones like the Hero would go on to employ some aspects of the G1 we have yet to see a sliding QWERTY (5 rows!) with a chin and trackball since.

Additional specs for the handset show us just how far Android devices, and smartphones, have come in the three successive years.  Although there was microSD expansion available, there was only support for 16GB whereas today’s allow for 32GB.  Wi-Fi was limited to 802.11 b/g, the battery capacity of 1,150 mAh gave us a solid half day or longer, and the 3.2-megapixel camera was perfect – just so long as it was broad daylight and you were shooting still images.

At $199.99 with a two-year service agreement, this was the best thing going and T-Mobile was ready to kill the iPhone.  There was no mistaking that this HTC Dream was a force to be reckoned with, even if it didn’t have auto-rotate, Bluetooth, widgets, a virtual keyboard, video recording…

The leak heard ’round the world

Longtime Android followers may remember seeing the image below – a schematic of the G1 that set the tech industry on fire.  AndroidGuys had been operating nearly 10 months at the time of the leak but this really put us on the map.  We went from an indie niche blog with a smattering of developer followers to the hottest tech site on the internet…at least for a day or two.  It has been nothing short of a pleasure to cover Android on a daily basis these past (almost) four years and I cannot wait to see where we are this time next year. 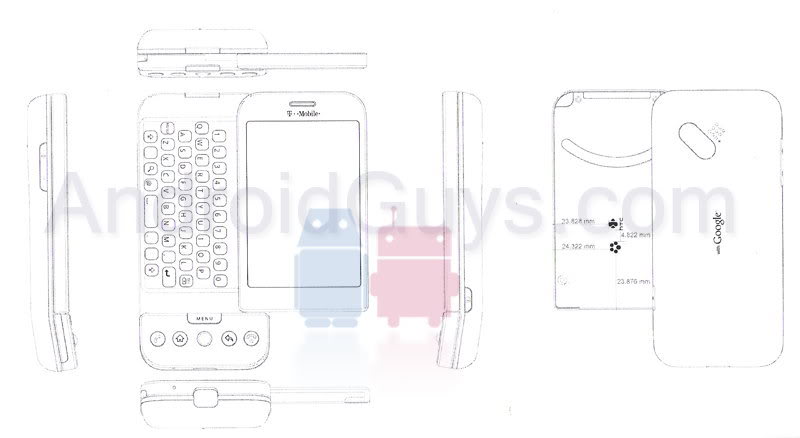 Leave a comment below telling us your G1 story.  Did you buy it on day one?  Do you still have it?  What was the first app you ever installed?