Harman (JBL, Harman Kardon, Infinity) has become one of the first companies to support Google’s new Android Open Accessory Protocol.  Announced back at Google IO 2011, it allows for products running Honeycomb (3.1+) or Gingerbread (2.3.4+) to easily connect with accessories such as speakers, fitness equipment, and other connected devices.

Harman’s integration will allow for users to control content from a smart phone or tablet (music, movies, navigation), directly through car dashboards or steering-wheel controls.  Drivers will be able to activate music apps, search nearby locations, gas stations, and more with the sound of their voice.  Additionally, passengers in the rear will be able to watch movies and other content thanks to the new protocol support.

STAMFORD, Conn. – HARMAN International Industries announced today that it supports the Android Open Accessory Protocol, the first major technology partner in the automotive industry to offer the new connectivity standard. With the Android protocol built into HARMAN’s automotive offerings, users can seamlessly control smartphone or tablet content – such as music, movies or navigation apps – through a car’s dashboard or steering-wheel controls.

Adoption of the new standard continues HARMAN infotainment platform’s industry-leading support of all major mobile operating systems, including Apple’s iOS, Research in Motion’s BlackBerry platform and Nokia’s existing mobile systems. The Android Open Accessory Protocol is supported across all HARMAN infotainment platforms, so it can be used in entry-level, mid-priced and luxury automobiles. It is available now for automotive installations and extends the Android email and SMS support previously launched by HARMAN.

“Consumers no longer view their living room, workplace, and personal devices as separate domains,” said HARMAN chief executive Dinesh Paliwal. “Connectivity is fast becoming a fundamental expectation and lifestyle requirement. Consumers want to connect simply and safely in their cars, and by making this Android standard part of our OEM packages, we continue to build upon our leadership in smartphone connectivity and integration.”

With the Android Open Accessory Protocol, drivers will be able to safely activate music apps, such as HARMAN’s Aha Radio service, through voice activation or steering wheel controls. Additionally, built-in navigation systems become more robust, as popular apps that provide information on nearby restaurants, tourist spots or gas stations can be overlaid onto existing map software. Passengers benefit as well, as Android integration allows content to be streamed to entertainment devices used in rear seats. 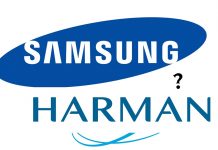 Samsung’s acquisition of Harman might not happen after all 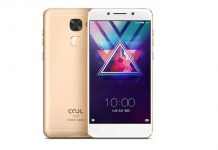 LeEco and Coolpad team up for Cool S1 with Snapdragon 821, 6GB of RAM