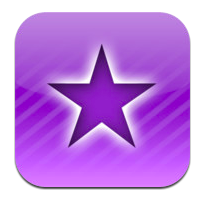 Apparently, Apple not only claims the right to censor what’s available for download onto your iOS devices, but they also reserve the ability to pull it totally off of your device if it slips past their reviewers in the first place. This means no more Quickpick in the Appstore, on iCloud, or on your iPhone. I’ll let that sink in for a minute…

A reader informed us last night about this having happened to 3 different “launcher” apps, but as of yet, Quickpick is the only one we’ve identified.

If you’re wondering why on earth they’d do this… You, my friend, are in good company. According to HalfPeeledApple, the app uses URL scheming, a hole in iOS 5. But don’t worry… They’ve closed it up in 5.1 betas.

Really, though, did they have to pull it and invade people’s personal devices? Couldn’t they have just fixed their error in the next version and let it speak for itself when they pushed the update?
And WHY is Apple constantly punishing users for their mistakes?

I think I speak for all hackers/modders/people who want a say in how they use their technology, when I say that Apple’s inconsistency and controlling attitude, their heinus methods of fixing their own mistakes, and their controlling attitude are only serving to turn people off. Pretty soon the iPhone’s entire demographic will be boiled down to people who don’t really want a smartphone, but want something with a touchscreen on which they can play Angry Birds.

I apologize in advance to those of you who’ve elevated Steve Jobs to sainthood, and will stand in line for every one of Apple’s “innovations,” but I really have some concerns about the entire fanboy attitude that allows otherwise intelligent people to take this lying down, and thank Apple for it. One user even tweeted:

Sweet. Apple pulled QuickPick. That was the right thing to do. Unclear rules can be frusterating but inconsistant eforcement is maddening.

Seriously? Maybe the “sweet” was sarcastic, but he goes on to praise the reviewers, who were too stupid to filter the app when it first crossed their digital desks, and for being consistent (consistently dumb, maybe). I’m all for getting what you pay for, and knowing what you’re buying ahead of time, and I don’t think ANYONE nowadays can claim ignorance on Apple’s controlling strong arm of censorship. But really, taking it to the level of actually uninstalling the software in question from the person’s device? I don’t think anyone can truly convince me they believe that is okay.

I’ll give Apple one thing: their closed system provides stability. But at what cost? What’s next? Are they going to start searching wireless networks for mac addresses of jailbroken devices and unjailbreak them, deactivate them because you misused them, or permanently brick them for you? Because if you wanted to use an iPhone, you would’ve used it the way they designed and programmed it to be used? So if there are any Apple fanboys reading this, please leave a comment explaining what it would take before you break it off with Apple and came to the light side where you can use WHATEVER launcher you want, and whatever app your mind can dream up, without their permission, without voiding your warranty, and without selling your soul to Apple.

What do you think as users? Is Apple removing launchers that are better than stock iOS, like Amazon did with ebook apps and the Kindle Fire? Share with us in the comments!