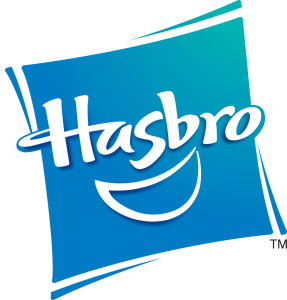 As a dad with kids who are as fascinated as I am with cool electronic toys, I am always on the lookout for apps that they can play and interact with as an alternative to just using them for gaming.  During my morning rounds of the press releases for the day, I came across a presser from Hasbro and Ruckus Mobile Media, talking about how the two are coming together to bring characters from Hasbro like Tonka Chuck, My Little Pony and Transformers Prime to Android devices.

The characters will come to life in interactive books for kids that will allow them to read and play educational games with the characters and their worlds as a backdrop.  Of course, Hasbro is excited about this as it will expand their brands into the mobile market, a market in which the starting age is getting younger and younger indeed.

Check out the full press release after the break.  The first book apps will be releasing in May, no word on pricing as of yet.  More info as it rolls in.

Immersive Children’s Apps Based on Hasbro’s Iconic TRANSFORMERS PRIME, TONKA CHUCK AND FRIENDS and MY LITTLE PONY Brands Due to Arrive on Apple and Android Platforms in 2011

PAWTUCKET, R.I. & NORWALK, Conn.–(BUSINESS WIRE)–Hasbro, Inc. (NASDAQ: HAS) and Ruckus Mobile Media today announced a strategic licensing agreement under which the companies will collaborate in developing interactive storybook applications based on Hasbro brands across all digital platforms. The deal marks Hasbro’s further expansion into digital publishing, a sector the company has identified as a major strategic focus. The first three children’s storybook apps – TONKA CHUCK AND FRIENDS, MY LITTLE PONY andTRANSFORMERS PRIME – are slated to begin roll out in May 2011 and will deliver immersive reading experiences with interactive storytelling including title specific activities, coloring and read-and-record functions.

“We look forward to teaming with Ruckus to jointly create innovative, content-rich children’s storybook apps based on some of our most popular properties, a core strategy in the extension of Hasbro’s branded play experiences to platforms that resonate with today’s global consumer,” said Simon Waters, Senior Vice President of Global Brand Licensing and Publishing at Hasbro. “With this agreement, we’ve significantly expanded the number of choices in Hasbro’s digital library. Now kids and parents can enjoy Hasbro-branded children’s storybook apps anytime, anywhere.”

“We are tremendously excited about this deal and the fact that we’ll be bringing our creative expertise into developing applications for some of Hasbro’s most popular brands,” said Rick Richter, Ruckus Mobile Media’s President and CEO. “Ruckus is committed to delivering the highest quality family mobile entertainment applications and we’re thrilled to be working with one of the world’s most trusted children’s entertainment leaders.”

Ruckus Mobile Media has been granted worldwide rights in English speaking markets and is scheduled to release the Hasbro children’s storybook apps across a variety of popular mobile platforms, including Apple’s iOS and Google’s Android, beginning with TONKA CHUCK AND FRIENDS in May 2011, followed by TRANSFORMERS PRIME and MY LITTLE PONY.

Ruckus Media Group introduces traditional storytelling for today’s ways of telling stories by creating applications for mobile devices that entertain toddlers to teens from their fingers to their minds, at home or on the road—and invite their imaginations to grow. Launched in September 2010, Ruckus is now home to fifteen children’s book apps, including Best App award finalists A PRESENT FOR MILO, written and illustrated by Mike Austin; ANDREW ANSWERS, created by bestselling children’s book author Alan Katz; as well as THE VELVETEEN RABBIT: TOLD BY MERYL STREEP and other Read-Play-and-Record-Along classic storybook apps. See www.ruckusmediagroup.com for a full listing and additional information.

Hasbro (NASDAQ: HAS) is a branded play company providing children and families around the world with a wide-range of immersive entertainment offerings based on the Company’s world class brand portfolio. From toys and games, to television programming, motion pictures, video games and a comprehensive licensing program, Hasbro strives to delight its customers through the strategic leveraging of well-known and beloved brands such as TRANSFORMERS, LITTLEST PET SHOP, NERF, PLAYSKOOL, MY LITTLE PONY, G.I. JOE, MAGIC: THE GATHERING and MONOPOLY. The Hub, Hasbro’s multi-platform joint venture with Discovery Communications (NASDAQ: DISCA, DISCB, DISCK) launched on October 10, 2010. The online home of The Hub is www.hubworld.com. The Hub logo and name are trademarks of Hub Television Networks, LLC. All rights reserved.