I’m sure you’ve heard about the term “root” several times while browsing the web, or you may even be the owner of a rooted device. In fact, ever since Android has been around there has always been some sort of way to gain elevated administrator access. In other words,  you are able to tweak your phone to greater levels than what would normally be accepted. This is also known as “Jailbreak” and is a popular aspect of technology for people who want more than what comes standard.

The first root came around on what was also the first commercial Android phone: The HTC Dream. Running Android 1.0, it featured a host of astonishing features. This was new software designed to take on the iPhone by Google and you could imagine that the software was very basic. For example, there was no function to take screenshots, use a Virtual Private Network(VPN), set live wallpapers and a whole list of features that are now considered basic and standard. So naturally, people started playing around with the phones inner workings, and voila, along came root.

A whole plethora of things then began happening. Firstly, developers found ways to write code that could make the operating system do things it wasn’t designed to. Also known as “modding”, this opened up a wide range of possibilities for users who wanted to do more. Uninstalling pre-installed bloatware, overclocking the CPU cores and having the ability to install incompatible apps are just some of the reasons one can have root. Strangely enough, these are still issues that plagues users today and so we are actually rooting for the same reasons as we were a few years ago.

[blockquote author=””]Strangely enough, these are still issues that plagues users and so we are actually rooting for the same reasons as we were a few years ago. [/blockquote]

Secondly, developers also began creating something called custom ROMs. These are basically a different kind of operating system that are based off of Android source code, and allow users to have completely different software running on their phone. Think of ROMs as the difference between the software on phones from each manufacturer. Each ROM has their own unique look with some cool tricks up their sleeves, like Samsung’s TouchWiz and HTC’s Sense UI.  However, nine times out of ten there is a software glitch somewhere in them which means that they are highly unusable for daily use, especially as many of these bugs are related to WiFi, cellular data, calls and the actual stability of the device.

As far as customization goes, this is probably the limit. A lot of ROMs come with extra features like the ones mentioned above. However, these are not something you can simply install, and often require advanced knowledge in Android, but we’ll get to that shortly.

But why would people want to do all this? In most cases, the answer is quite simply because they weren’t satisfied with what their phone was originally offering them. My first phone came out-the-box running Android Gingerbread 2.3.2, and my experience with it was why it got rooted and a ROM installed in the first few weeks. In other words, I was not very impressed with it and wanted to make it better.

But, inevitably, time passes on and things begin to look brighter. I now own an LG G4, and I’m incredibly happy with what the phone has to offer. Sure, there is a thing or two that I would like added or removed, but it is just something I can adapt to.

And this is where I started to reconsider whether I should still root my phone today. You see, half-baked features and missing functions are mostly a thing of the past. I don’t have the need to speed up my phone as it’s sporting a capable processor that could only be dreamed of three years ago. Technology has improved so much that it is no longer necessary to make it better than it already is. 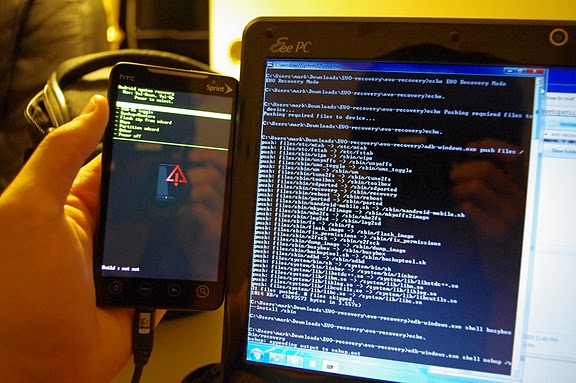 But let’s be fair. You want to root your phone. It is, however, no longer becoming a process of downloading an app and pushing a button. Instead, you might have to go through a risky procedures called “flashing”, which is basically when you re-install the operating system, but are using a modified code that has root. Or, you may have to download a small file, press a special button combination when you start your phone up, and install something that gives root.

All this could possibly permanently damage your phone. As someone who used to do this on a regular basis, I’ve seen my fair share of damaged devices that could be revived, but only because I knew what I was doing. A large portion of users could have an expensive brick because they aren’t really sure what is happening, or most likely because they weren’t sure what they were doing in the first place.

Sure, for some Android devices it is a relatively simple process, but as they improve they’re also bound to get harder to root. There are also some trade offs. For example, if you root your Galaxy S6 you will lose access to Samsung Pay and trip the security check. In other words, you will be left out in the cold if you need to claim from that warranty.

What are your opinions on rooting phones?