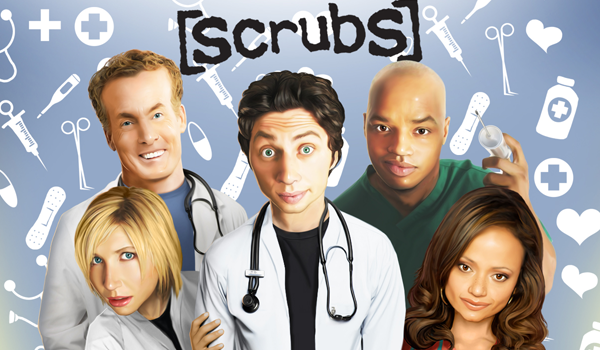 HeroCraft today announced a new game based around the popular television series Scrubs, tapping it with an early December release.  Players will assume the role of a young intern as they partake in detective story involving all the familiar characters of Sacred Heart hospital.  Described as a “hidden object” game, Scrubs unfolds over a dozen locations, features min-games, black comedy, and humorous cartoon-style graphics.  Unfortunately, there’s no word as to which versions of Android this will run on nor what it will cost.
The teaser video below gives us but a glimpse at things to come however HeroCraft will be sharing more over the next few weeks.  Additionally, the Facebook page for HeroCraft is giving interested players a chance to win a copy of the game for free.