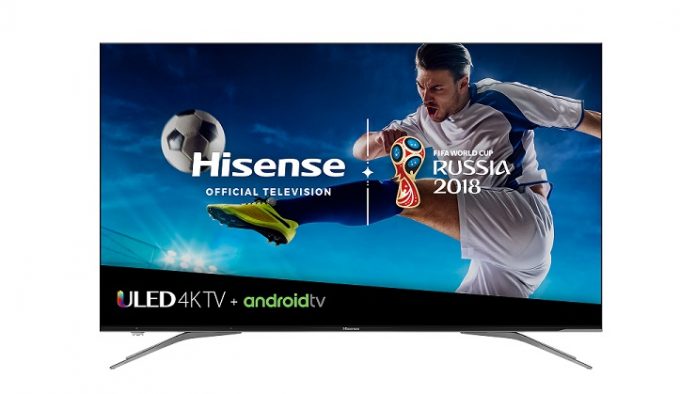 Back at CES 2018, Hisense was one of the brands that announced a partnership with Google to bring the Android TV platform to an upcoming line of products. Now that line called the Hisense H9E Plus is available for purchase in the US.

There are two models to choose from: 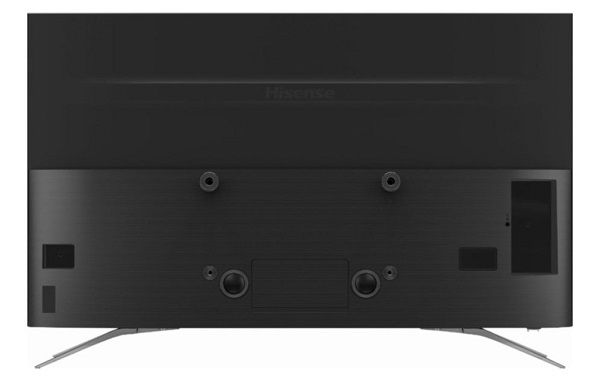 These are 4K ULED TVs that pack Dolby Vision HDR, HDR10 and 240Hz motion rate (120Hz panel). They are also as bezel-less as they can get with an appealing and very modern design.

What’s more, the TVs include four HDMI ports, 2 USB ports, dual-band Wi-Fi, as well as a variety of audio outputs and Gigabit Ethernet too.

Oh and the TVs include a special app to stream the 2018 FIFA World Cup, of which Hisense is an official sponsor.

Except for size, the two models differ in one other aspect: the smaller one (55-inch) offers 30W Harmon/Kardon sound.

But perhaps the biggest highlight with Hisense’s new TV models is the presence of Android TV. Which means users will be able to access the Google Play Store and install countless apps.

On top of that, the products have Google Assistant built-in. The accompanying remote even has a dedicated Assistant button to make it easier to summon the virtual helper anytime you feel like barking a command.

Even though the H9E Plus now only went on sale in the US this week, the devices were first announced during CES 2018 alongside other TVs such as the H10E TV.

The product should also run Android TV and feature a 75-inch display. So if you think the H9E Plus models are too small for your taste, you might want to wait for the H10E model. Although, we’re not sure when it will hit the market.

But if you’re interested in the Hisense H9E Plus line, both TV models are currently available at Walmart and Best Buy. Although, the Walmart versions are priced a little bit more affordable.