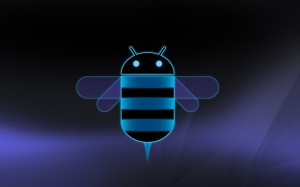 Well, it’s MWC week, so of course there are some new apps (or new app versions, rather). The following apps were all announced either yesterday or today, and they’re all designed specifically for use on Honeycomb. So, let’s jump into it! First off, we told you about a LogMeIn tablet app a few months ago. Well, it’s got a cousin: LogMeIn Rescue. This version is optimized for Honeycomb, with new features and UI enhancements, like Direct Mode, which brings up a mouse, to give a more authentic, desktop feel. You can check out the other features in the short video below.

Up next is the WeatherBug app. If you’re like me, you want good, reliable weather reports. WeatherBug doesn’t disappoint on that front, packing features like viewing live or time-lapse shots from WeatherBug cameras, or different map overlays, such as satellite, pressure, wind speed, etc.

Coupons.com has also thrown their Honeycomb app, Grocery iQ 2.05, into the pen. It’s rocking a set of widgets, drag-and-drop functionality, and a “dynamic interface”. This looks to be a great app for anyone that wants to save a few bucks on those groceries.

Last but certainly not least, Glu Mobile announced 2 games today, Gun Bros and Glyder 2, which goes hand-in-hand with what we told you earlier this month. These 2 games sound pretty awesome to me, with several mentions of Tegra 2 processors, and “breathtaking 3D graphics and innovative accelerometer controls”. Anyone else excited for some awesome games to play on that Honeycombed NookColor?

You can check out all these apps on the Android Market. So, get to downloading, and let us know what you think!