For the uninitiated, Honor is a sub-brand of Huawei, who has made phones such as the Huawei P10 lineup, and more famously, the Nexus 6P. The Honor 8 was launched in the US to some fanfare as it marked the first time an Honor device was readily available in the States.

However, Honor and Huawei are gearing up to launch the Honor 8’s successor, the Honor 9. There have been some rumors regarding the device in the last few weeks, but we were still left in the dark as to when the device would actually be unveiled. 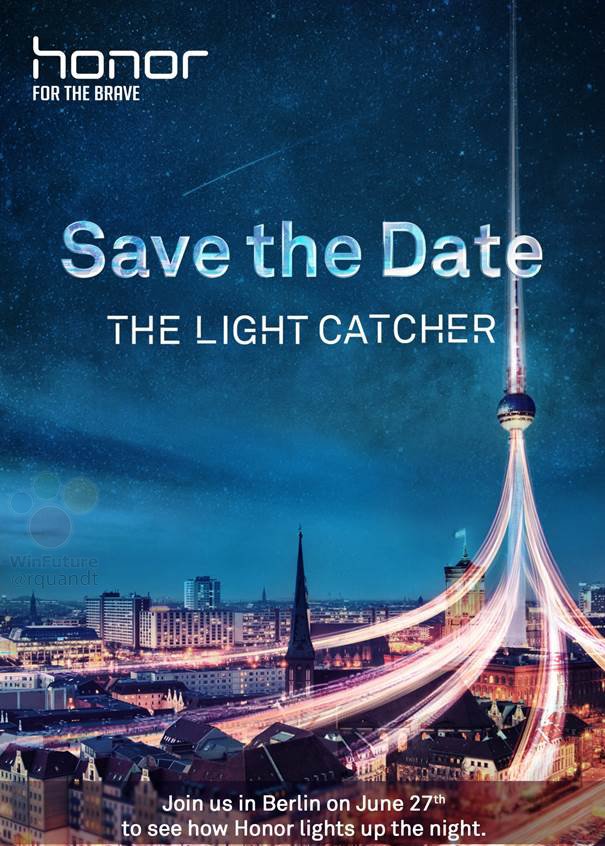 Thanks to @rquandt, a new press invitation has been leaked, revealing that the Honor 9 could be unveiled on June 27th. This contradicts other reports that Honor would be taking the stage on June 20th or 21st, so we aren’t exactly sure what the deal is here. But those previous rumors were merely hearsay and didn’t give us a look at the actual invitation.

As for what the Honor 9 is set to have in-tow, we are looking at a 5.2-inch Full HD display, while being powered by Huawei’s own Kirin 960 SoC. The device is also rumored to include either 4GB or 6GB of RAM, but we would hedge our bets on the former.

Finally, it seems that the Honor 9 is going to embrace the dual rear camera setup. These rumors claim the sensors will be coming in at 20MP for the main shooter, and a secondary 12MP camera.

Of course, there’s still a fair amount of time left between now and the rumored event, so we’ll likely learn more about the device in the coming weeks.