The biggest smartphone announcement of the summer is here! Samsung is finally ready to unveil the Galaxy Note 9 flagship during an Unpacked event in New York.

The press conference starts on 11 am EDT, local New York time. Now if you’re curious about the Galaxy Note 9, you should know you can easily tune in and watch the live stream on YouTube.

Or you can keep an eye on one of this websites:

With all the recent leaks and rumors surrounding the device, the Galaxy Note 9 is hardly a mystery. Samsung will most likely confirm what we already know during the event.

The Galaxy Note 9 will borrow most of its specs from the Galaxy S9 Plus and boast a similar size. The upcoming phablet is expected to sport a 6.38-inch screen, which is slightly bigger than the 6.22-inch panel on the Galaxy S9+.

As for the rest of the device, current rumors peg the Note 9 as having a Snapdragon 845 and a standard 6GB of RAM and 64GB of storage. Samsung touted the Galaxy Note 9 as being “1TB ready” with expandable memory in a recently leaked video by showing 512GB microSD card going in the phone. 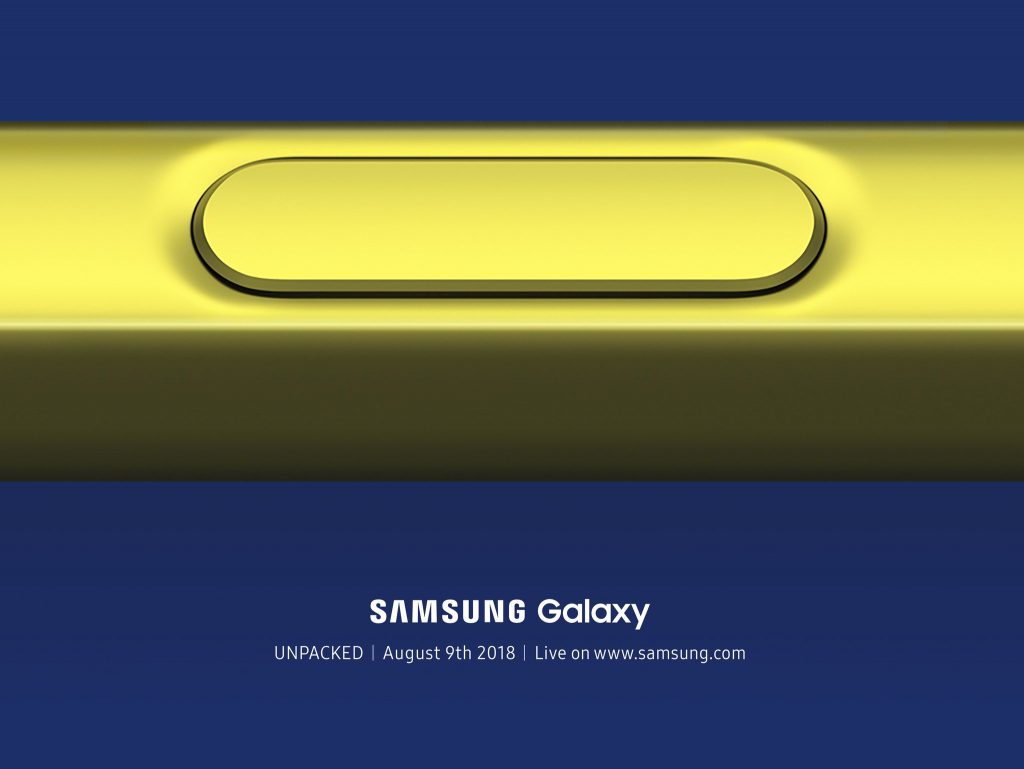 As per a reliable Samsung leaker, the phone should also land with a pretty big 4,000 mAh battery under the hood. By comparison, the Galaxy S9 Plus relies on a 3,500 mAh one.

Other highlights of this year’s Note model include an upgraded S Pen experience and Bixby 2.0, which will be introduced during the event.

The company just released the Galaxy Tab S4 tablet last week and has just announced it is hosting a press conference for IFA 2018 on August 30. It seems like it’s a very busy summer for the Korean tech giant who is also rumored to have a new smartwatch up its sleeve.

Will we see it go live in Berlin or in a few days? We’ll just have to wait and see. Don’t forget to tune in to watch the Unpacked event.