HP is known in the world of technology for their laptops and desktop computers, and if you are one of the people who are looking forward to a laptop with Android, then HP have something for you. HP officially announced the HP Slatebook – a notebook in a yellow and black color with a 14-inch display. Last year in July, HP released the Slatebook x2 but the new Slatebook comes with a lot of new specs and features. 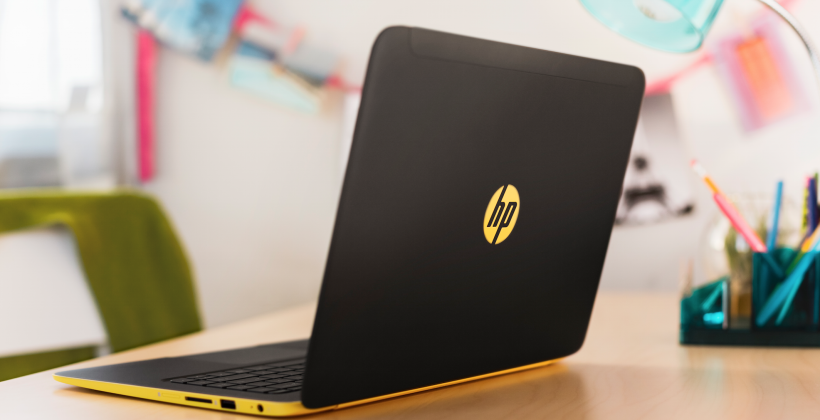 it comes with a 14-inch FHD (1080p), quad-core NVIDIA Tegra 4 under the hood. It will feature Android 4.3 Jelly Bean with slight customization made by HP – it will run HP’s apps as well as the Google Play app store, as well as the NVIDIA TegraZone for games. It has a 16mm ultra-slim design and weighs in at a tiny 3.71lbs. It has a battery life of up to 9 hours, which is good enough for a tablet.

It will be available starting August 6th, and it will cost $399. Are you planning to grab it? Let us know in the comment box below.