After its release of the not-very-successful HTC One M9 and Desire series, we may have glimpse of what is expected to be the HTC One M10. Or rather, the HTC 10. Leakster @onLeaks tweeted to be what appears to be HTC’s next flagship, the HTC 10. Interesting to note how the bulky ‘One M’ moniker has been dropped:

We noticed a couple of striking design changes as compared to what we have been seeing on previous iterations. Firstly, there is no BoomSound™ speakers on the top and bottom bezels. Secondly, the navigation buttons are now capacitive and no longer built into the software. Thirdly, the connection port is USB Type-C. While these changes may be despised by some, they are likely for the better of the phone in the long run, although we’ll still have to wait quite a while to get some impressions of the device. 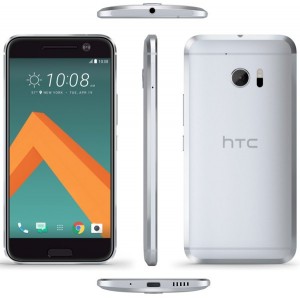 Specifications wise, we aren’t surprised to see HTC packing in the latest and greatest. A Snapdragon 820 CPU and 4GB of RAM are expected to run the show alongside an Adreno 530 GPU, while a 5.1″ 1440X2560 screen adorns the front.

We have a mediocore 12-megapixel shooter on the back, complimented by a fingerprint scanner on the front home button.

There’s nothing on the phone that quite shouts “sexy” or “amazing” , but it doesn’t seem a bad Android device overall.

Tuesday, April 19th, is when we expect the HTC 10 to be revealed.