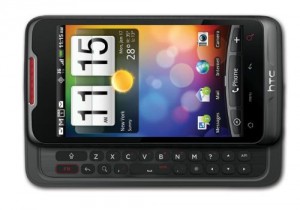 Ahhh, the HTC Merge.  First spotted by us all the way back in the summer of 2010, we’re finally getting official confirmation of your existence.  HTC announced earlier today that this Android 2.2 handset is finally coming to the US via multiple carriers.  Hardware details include a 3.8-inch touch display, a sliding QWERTY keyboard, 5-megapixel camera, and 3G support. The Merge, which happens to be HTC’s first CDMA world phone, is due in the Spring of 2011.  Hit the break for the press release if that’s your sort of thing.

BELLEVUE, Wash., Feb. 25, 2011 /PRNewswire/ — HTC Corp., a global designer of smartphones, today announced that the new HTC Merge smartphone will be made available through multiple North American carriers beginning in spring 2011. The HTC Merge smartphone combines a full QWERTY slide-out keyboard with the power of Android 2.2, the HTC Sense experience, a large 3.8-inch touch-screen display and a 5 megapixel camera to create a complete mobile experience for those looking for a truly complete smartphone. The HTC Merge is also HTC’s first Android-based CDMA world phone.

“HTC prides itself on creating unique solutions that meet the needs of different customers, and with features like a full keyboard and global 3G roaming, the HTC Merge smartphone is the perfect example of this commitment,” said Jason Mackenzie, president, HTC Americas. “Combining the functionality of Android with the HTC Sense experience, the HTC Merge is the perfect device for those customers who are looking for a reliable mobile experience with the features and functionality of a smartphone, whether it’s at home or travelling around the world.”

Customers will appreciate seamless integration with Exchange ActiveSync, enjoy quick and easy access to Flickr® for sharing and viewing pictures, and find new ways to customize their experience with the Android Market™ with more than 100,000 applications. With a full slide-out QWERTY keyboard, customers will be able to keep in touch with friends and family no matter where they are, as well as stay in the loop with Flickr, Facebook® and Twitter™ updates through HTC FriendStream™.
In addition, the HTC Merge smartphone has a 5 megapixel camera with auto-focus and flash that captures outstanding images, while 3G connectivity makes sharing those special moments with friends and family quick and easy. The HTC Merge smartphone also comes with integrated GPS, Wi-Fi connectivity and even the ability to capture high-definition 720p video.

HTC Merge is slated to be available from multiple North American operators beginning in spring 2011.

Think carefully about your wireless carrier: why your choice matters! (Sponsored) 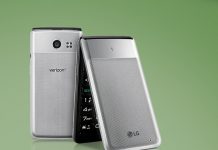 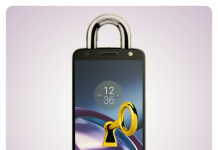 How to unlock a phone from a service provider