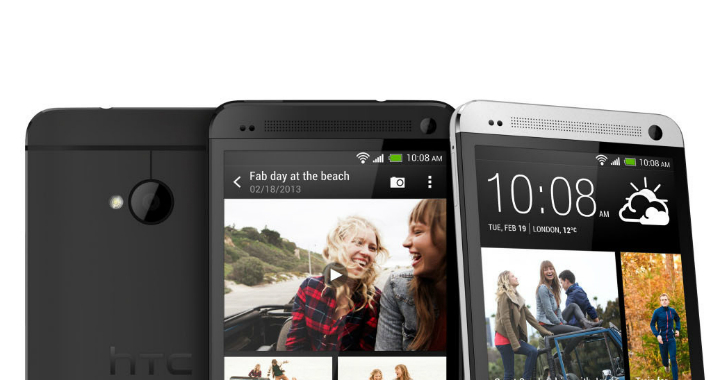 HTC today officially announced the new flagship Android experience for 2013, unveiling the HTC One. The specs are pretty much everything we’ve seen leaked on the internet over the last few months; nary a surprise for those watching the Android space closely.

Details include Android 4.1.2 Jelly Bean, a 4.7-inch 1080p HD display, 2GB RAM, 32GB/64GB internal storage, and a 2300 mAh battery. The processor is a quad-core 1.7GHz Qualcomm Snapdragon 600 CPU which means things will be humming along quite nicely.

One of the key features for the HTC One experience includes BlinkFeed (learn more), an aggregation of news and posts from 1400 of sources (AOL, ESPN, etc) that shows up on the home screen. Think Flipboard on your homescreen and you’ll get a sense.  The content is curated and users can add or remove topics of areas of interests. Speaking of ESPN, HTC has signed a deal with the sports brand to bring enhanced content and mobile experience to the handset.

The HTC One features a pair of front-facing stereo speakers and a little something called BoomSound. The new media player experience will provide real-time lyrics and a visualization. Additionally, the handset will dynamically adjust speakers, volume, and amplifier settings for better call quality.

The camera is 4-ultrapixels and is promised to deliver a much better picture than you’ll find with 5-megapixel and 8-megapixel cameras. The sensor size is the same as that found in other phones (iPhone 5, Nokia Lumia 920) and lets in more light for better overall picture quality. Along those lines, HTC introduced Zoe (learn more), a technology that automatically captures high resolution photos and short videos at the same time. We’re talking one second before the shutter and three seconds after for a total 4-second short video. From there, Zoe will add filters, music, and transitions to create highlight reels.

The form factor of the HTC One is that of a single aluminum body with zero-gap construction. Fancy stuff to be sure, and hopefully nothing that creates an antenna-gate experience.

The HTC Sense 5 experience is a breath of fresh air and features prominent use of the Roboto font that comes with Android. It’s much cleaner and less obtrusive than the stuff that we’ve seen in the previous generations. The clock and weather widget is reborn, but not before 25 other iterations were tested.

In terms of carrier support, U.S. customers will be able to pick one up at AT&T, Sprint, and T-Mobile USA. As we’ve heard in the run up, Verizon is not expected to offer the HTC One. Perhaps the Droid DNA rumors will still hold true. The global launch is expected to begin in March, with more than 185 carriers hopping on board. North America support comes in the form of the following: AT&T, Sprint, T-Mobile, Cincinnati Bell and Best Buy in the United States and in Canada with Rogers Communications, Bell Mobility, TELUS and Virgin Mobile Canada.