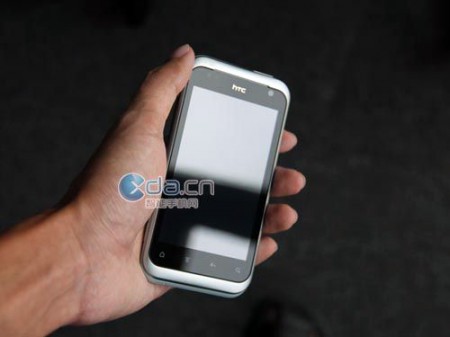 The folks over at XDA.cn have gotten their hands on some clear pictures of the upcoming HTC Bliss. The device is beginning to look like a cousin to the Wildfire S, with capacitive buttons and modest specs. Initial rumors give the Bliss HTC Sense 3.5, a 3.7-inch display, and an 800MHz single-core processor. With IFA coming up soon, we shouldn’t have to wait long to find out more about this device. Check out the rest of the pictures after the break, including one next to a Desire S. So who’s excited about the HTC Bliss now that we have a better look at it? Let us know what you think in the comments!