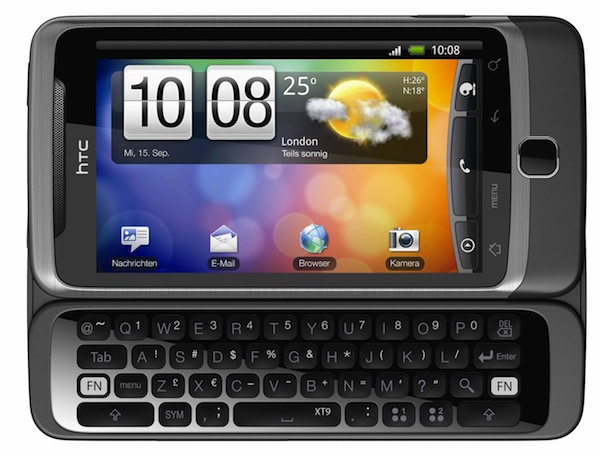 The Desire Z  officially broke cover this morning, joining the Desire HD as part of HTC’s next big phone plans.  If you’ve been following Android for the last couple of months, you’ll recognize the form factor as that of the upcoming G2 from T-Mobile.  Physical resemblance aside, what’s going on inside the Desire Z?  Is it the same stuff?  Yeah, pretty much.  There’s an 800MHz processor, 1.5GB internal memory, 512MB RAM, and 5.0-megapixel camera.  Powered by Android 2.2, the phone runs the latest version of HTC’s Sense UI.  Look for the Desire Z to begin rolling out next month (October) in major European and Asian markets.  We’ll be back with an official press release once it is made available.