Although HTC is going through a hard time, but that doesn’t mean they will stop working on new Android devices. Two new HTC Android smartphones are leaked, named as the HTC Desire 200 and HTC Desire 600. HTC is keeping the Desire series ‘alive’, and instead of going with names like Desire X, they have decided to go for numbers instead. 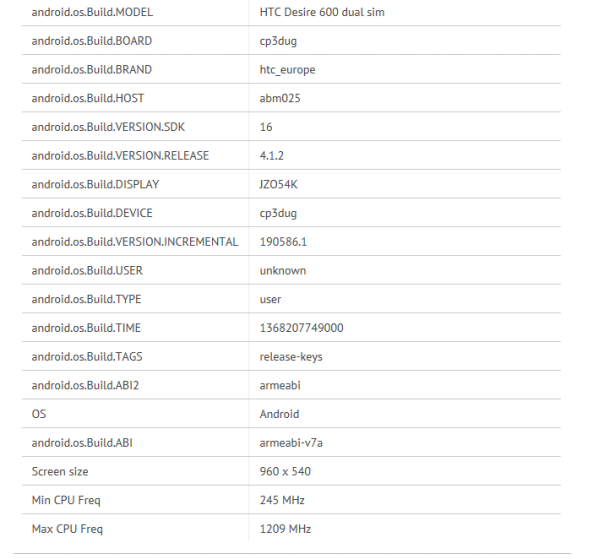 About the Desire 600, it was leaked over at GFXBench, and it is featuring some good mid-range specifications. It will be running on a Quad-core 1.2 GHz MediaTek MT6589, with a screen resolution of 540×960. It will be running on Android 4.1 Jelly Bean and also it’s dual-SIM, so it’s not that bad a deal after all.

Desire 200 might land in the Asian countries only, but it is said that the Desire 600 might see the sunlight in Europe, so hopefully we might hear a good news soon.