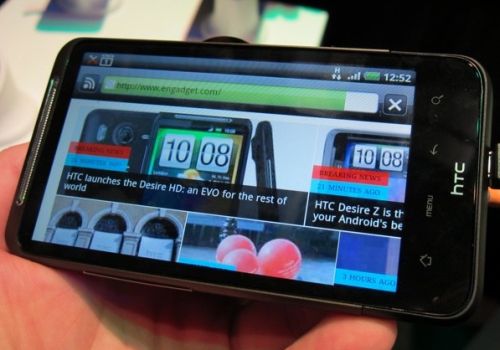 HTC recently announced two new successors to its best-seller the Desire. The first one, named Desire Z, was equal to the T-Mobile G2. The second one was absolutely the most impressive Android ever seen. This beast features a 4.3″ capacitive screen, a 1GHz Snapdragon-processor and 768 MB of RAM. You thought your EVO 4G was impressive? This handset is on par or better!

First, there was a big release-delay caused by Google, angering the customers who already pre-ordered their new phones, but today the first units of the Desire HD started shipping in Holland. On a Dutch forum a few users reported that the Vodafone shops are having the Desire HD in stock and they are quite satisfied with it. We will try to get one of those as soon as possible.

HTC sells phones at a 20% discount