Thanks to a handful of posts over at PocketNow, we’re getting our first glimpses into HTC’s early 2011 plans.  To be clear, we’re really only getting a look at them as the specs have yet to materialize.  As of today, there are at least three new designs headed our way, most likely arriving at Mobile World Congress.  Each looks to borrow a bit from HTC’s current devices, feeling much like a Desire or Nexus One variant.  We can’t tell from the images yet but these all appear to be touch-only devices.

First out of the gate is what appears to be a smaller version of last year’s Nexus One.  Sporting what looks like a 3.2-inch screen, the device also features a trackball at the bottom and perhaps a front-facing camera.  It’s also possible that this could be a light sensor, typically found in most Android phones. 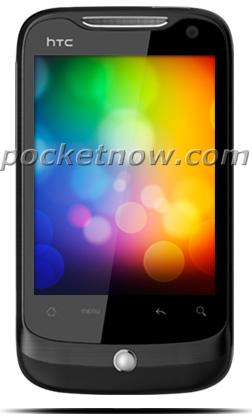 The next one we can start looking forward to has late 2010 HTC written all over it.  We can’t help but be reminded of phones like the EVO Shift 4G and G2 with its broad shoulders and large screen.  PocketNow puts the screen size in the vicinity of 4-inches and we see no reason to argue.  Other details include the omission of a trackball or navigation device as well as what can only be interpreted as a front-facing camera. 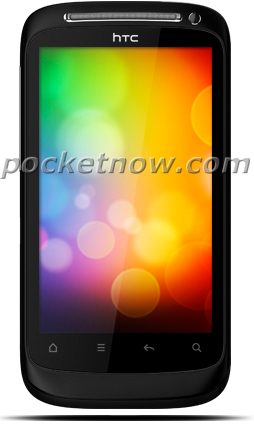 Finally, we have a smart phone that doesn’t appear to have any buttons on it.  Spied in both HTC and Verizon flavors, this handset looks to be in the ballpark of 3.7-inches for screen size.  There’s really not much else to see in the picture as there is no sign of a camera or trackball.  We fully expect to see the details for these three phones come out of Spain next month as Mobile World Congress kicks off.  Heck, if we’re lucky, we’ll get the lowdown ahead of time!

Do any of these tickle your fancy?