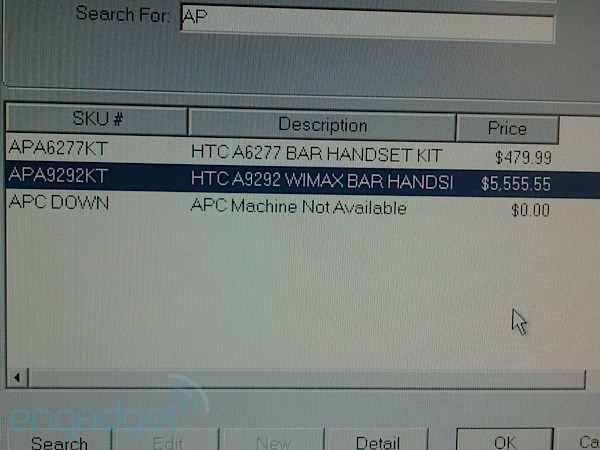 If screen shots like the one above are any indication, Sprint is gearing up for for the release of their HTC EVO 4G handset.  Expected in the “summer” of 2010, the huge, sexy WiMAX-capable phone is being rumored with a June 6th/13th launch.  The picture at the top of this post shows the HTC9292 (EVO 4G) listed in Sprint’s inventory system.  This isn’t saying the phone is going to be arriving any sooner, but it’s nice to see things progressing.

It appears Sprint and HTC are unleashing a whole host of accessories for the EVO 4G as another leaked image shows nearly a dozen items to spend your cash on.  Among the standrd fare of chargers and bluetooth headsets, there’s also the with HDMI output, a car mount, screen protectors, gel skins and protective cases, and replacement shells.  We had a chance to look at these at CTIA and think they could go a long way to personalizing the phone. 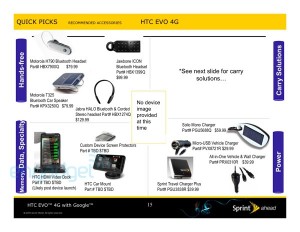