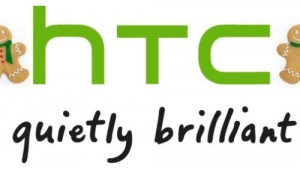 HTC is one of the leading smartphone brands in the world and they are offering some amazing devices, especially in the USA.  Recently at CES, Verizon Wireless officially announced their first ever 4G LTE device which is also made by HTC and it’s known as the HTC Thunderbolt. A pretty amazing device with “lightning speeds” for sure, but it was missing something at launch.  Namely, Gingerbread.  Still, it is not as tough for owners of the Thunderbolt as it is owners for the HTC EVO, who have been waiting a long while for the latest and greatest flavor of Android.  But now there is hope……. According to our friends over at Talk-Android, a reader sent them an email he got from HTC in which HTC representative is saying that Gingerbread for EVO 4G and Thunderbolt will be out by the end of Q2. Quarter promises are vague at best, but hopefully the rumor bares out!

All you need is some patience, and some more patience. So early adopters of Thunderbolt and EVO 4G users out there, are you excited about Gingerbread or you are enjoying it with the help of ROMS?